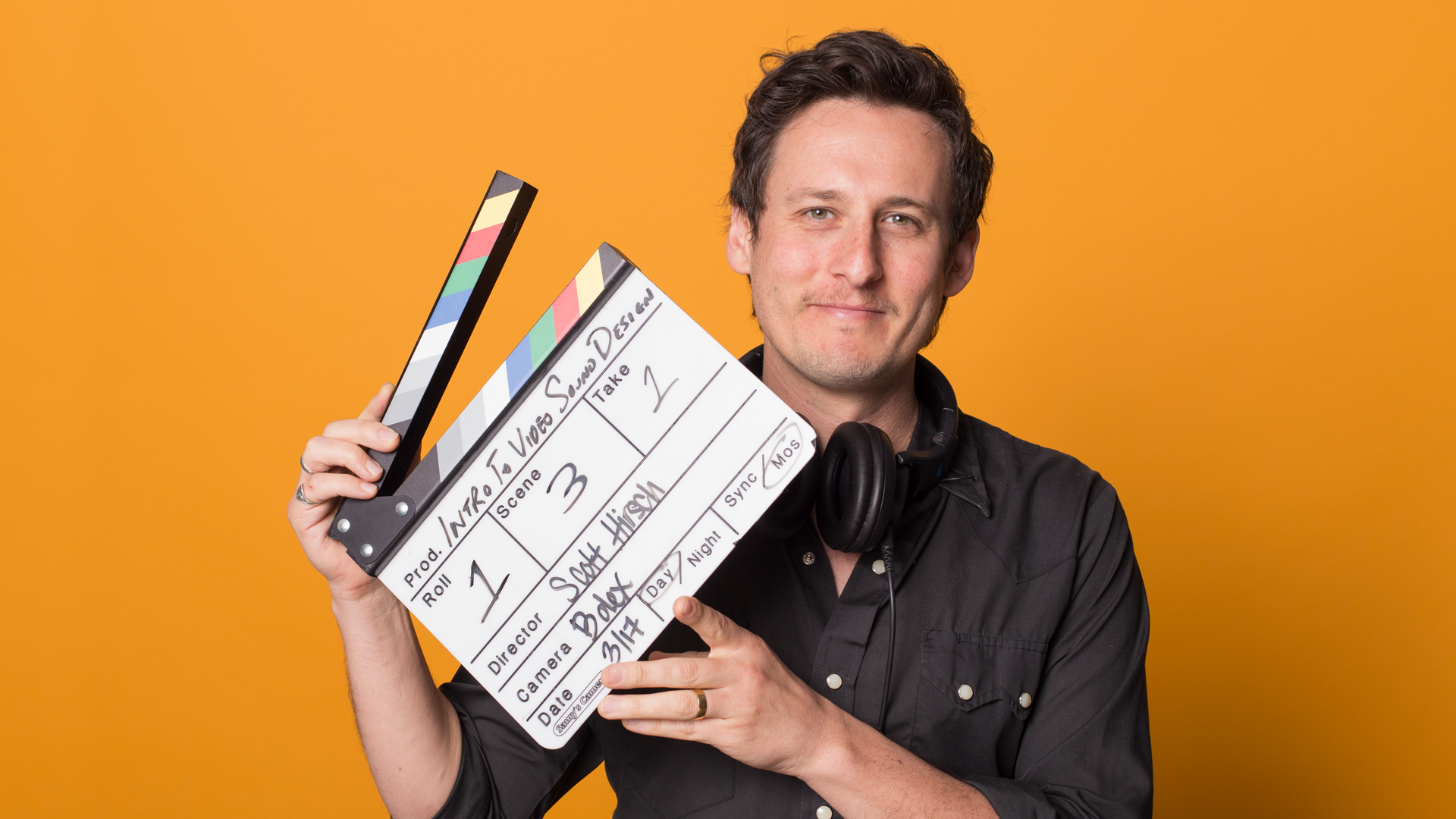 5/11/2017
When it comes to storytelling through film or video, sound design is crucial to the success of your narrative. This course explores the history of video sound design, and helps you understand the workflow, development, and elements of a successful soundtrack.

Scott Hirsch starts with the basics, discussing the history and legacy of sound for film, and working through the core concepts and elements of a compelling sound design. Next, he takes you through a sound design workflow, highlights the different elements of a soundtrack, and shows professional examples of sound design in a few real-world projects. He also explores the future of the soundtrack, discussing the core concepts of immersive audio, as well as real-world applications of 3D audio.
Topics include:

- [Scott] Hi, I'm Scott Hirsch. I'll be your author and guide as we explore an Introduction to Sound Design for Video. Producing a film or video is an endeavor in the art of audio-visual media. Introduction to Sound Design for Video focuses on the audio part of this equation. In this course, we'll explore the history, workflow, development, and key elements of a successful video soundtrack. I'll begin at the ground level of everything related to sound, starting with how to listen properly to analyze a film soundtrack.

(orchestral music) (chiming music) From there, we'll learn how to identify the core concepts and elements of a compelling sound design. (whirring) We'll take a look under the hood by checking out some professional examples of sound design in some real world projects. (gentle music) Then we'll turn to the future of the soundtrack, discuss cutting edge developments of immersive and three dimensional audio to follow modern media's foray into virtual reality.

So let's get started with an Introduction to Sound Design for Video.