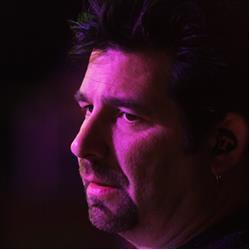 In autumn of 1982 a young Brent Carpenter went to see legendary rock band Van Halen in Johnson City, Tennessee. This is the day that changed the course of his life. He knew he had to be involved in rock.

In 1990, college degree in hand, he moved to Nashville to embark on his new career. In 1991 he was hired at Starwood Amphitheater. He rose quickly in the ranks of stagehands. Bolting trusses, setting up risers, and running video cables were all part of the daily duties. But audio was his first love. After one year at the amphitheater, Brent was promoted to "house sound guy." These duties were maintaining the lawn PA system, interfacing with each tour engineer that came in to the building, and making sure the spotlights were in proper working order.

Within a year he had established a reputation as a hard worker throughout the Nashville production community. That year he worked for 10 artists, 12 venues, and at least 10 sound companies.

In March of 1995, he started working for sound company Clair Brothers and has been with them ever since. He has developed a reputation as a world-class in-ear monitor engineer, an expert troubleshooter, and system engineer. In addition to being an established front-of-house engineer, he prides himself on knowing the ins and outs of rigging, electricity, and stage wiring. He has also been a beta tester, consultant, and end user for many large-scale production console manufacturers and for two in-ear monitor companies.

Brent currently lives in Cape Charles, Virginia, with his wife, Libby. When they are not working on their house, they enjoy gardening, walking to the beach for sunset, and day rides on their motorcycles.