The importance of social media and crowdsourcing 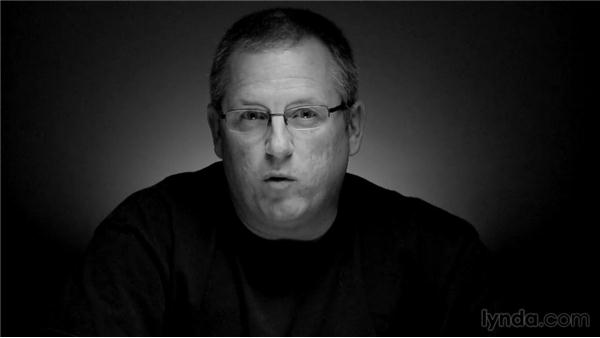 So for me, gas is two things. Gas is content, and gas is people telling their friends about your content. So one of the first things that I designed into the site, and again it's a very, very simple blog, and, and I've just built in a picture, a long caption, and a little navigation bar at the bottom. Not even a sidebar. But it's important for me to have people easily be able to tell their friends about what they just saw. So, I make Twitter primarily and Facebook secondarily very integral parts.

I mean, this is probably the second, or I guess the third, of the pictures first and the caption is second, then the, then the social media is definitely the third most important component to the site, and it's the first non-content component to the site. So what you'll see is a several things, I give people the ability to discover what the sites about, what they welcome to HoCo360 link, the same way I did that with welcome to (INAUDIBLE) which was just the, the, the archiving of my very first post.

So they see that and in that I tell them how important it is. That if they enjoy it, they share it with their friends. And that certainly causes more people to, to decide to share HoCo360 with their friends on, on Twitter and more and more on Facebook. Facebook is one of those don't-get-me-started things. I'm not huge on what they do with their ethics in terms of privacy and forcing people into new changes without letting them opt in and such. But there is no social media juice like Facebook, So if you're going to be having your friends bring their friends to your site.

You want to have the Facebook like button. And it's a little bit of a mixed bag, and I've got reservations about it, but I've still got it. and the Tweet, Twitter button. Find me on Twitter. that's another big thing. I see that as one of two very important functions. I want people to be able to tell their friends about the site, but more important, that is my eyes, out in the community. So, if, if I want to know, after I've got a little bit of a following built up, for instance, where the best Korean gaming parlor is in Howard County for the record, it is Comcy Time, and it is at Frederick Road and St John's Lane.

But if I don't know that, I can go to my Twitter readership, and go, oh, yo can anyone tell me who, or where the best Korean gaming parlor is? And I'm going to get three, or fours answers back, and I'm going to be able to use that information. I overtly tell people right away that I'm going to use them. I want to crowd-source what they know. I want to be able to ask what is the coolest interior space in Howard county, and who would I contact if I wanted to photograph it. So those, those viral loops that you want to build into your, your, your publication, for lack of a better word, are very, very important.

And you need to consider them right from the beginning. They're not an afterthought; they are your engine. They are what is going to broadcast your site to new people and that site will in turn be introduced to their friends, and their friends, and their friends. We'll talk in a few minutes about about physical viral marketing, and that's very important, too, but right now what we're talking about is the site taking the physical world, Howard County and the things that are interesting in Howard County, and bringing it to the virtual world at HoCo360 and those Twitter links and those Facebook likes, and the what is HoCo360 the tags.

They, they all help people, to evangelize the site for you. And that is the most critical engine in the growth of your site. I have not spent a dime on the marketing of (UNKNOWN). It has been solely grown through people telling their friends about the site. I remain in firm belief that, that is the strongest marketing that a website can have. And I want to build this into HoCo360 from day one.

8/6/2013
Whether you're a photo enthusiast or a working professional, it's important to have a "compass point." So says David Hobby, publisher of the popular Strobist.com blog and a former staff photographer for the Baltimore Sun.

A compass point is a set of guidelines aimed at helping you arrive at the intersection of your personal interests and your business goals. In this course, David talks about his experiences running a photography business that's rooted in photojournalism and the community where he lives. The course combines honest advice and practical techniques from a photographer with firsthand experience setting up a successful business.

As an extra bonus, each movie in the course is lit in a different way, and David shares his lighting techniques for each one.

Video: The importance of social media and crowdsourcing