What is depth of field (DOF), and why does it matter? 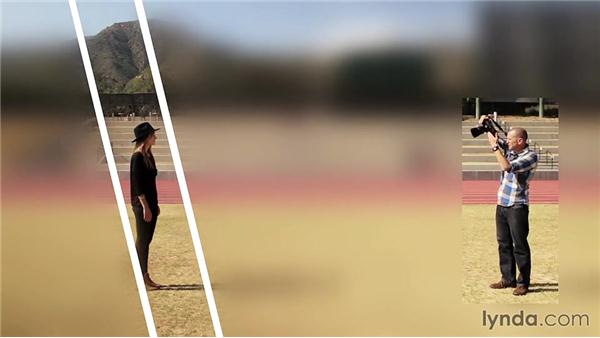 So, what is depth of field and why does it matter? In this movie, we're going to talk about the what and the why. Let's begin with the what. Depth of field has to do with the areas of your image which are in focus or out of focus. If we take a closer look at this frame, you can see that I'm in focus, as is the sailboat in the background. And this will be the case, even if I stand up and walk forward towards the camera, you can see that we're still both in focus. That's because we have a lot of depth of field.

In this case, this gives space for the subject to step backwards if she wants to or she could also move forwards, as well. Pun intended. Here we are now on the field to talk more about depth of field. As we already know, one of the things that we can do is change our camera settings so that we have a shallow depth of field. And if we lower the f-stop even further, we'll have an even shallower area of focus. One of the things that can happen is the subject can move. If she steps backwards, for example, she'll look a bit blurry. What we need to do is to refocus.

Another influencing factor is camera angle. If I have a higher camera angle, you can see how the area focus runs parallel to the sensor in the camera plane or the focal plane. If I have a lower camera angle, you can see how that'll affect the area of focus as well. All right. Let's head back to the studio. All right. So now that we've seen a little bit about how depth of field works. How do we create it on our cameras and lenses? Well, here I have a lens, which I took apart a few weeks ago, which was a lot of fun. And you can see I can control the iris or the opening on the front of the lens, so we can make it larger or smaller.

Now, we can change that by changing our f-stop. If we have a lower f-stop number, like f1.2 will have a shallower depth of field. If we have an f-stop number like f22, we'll have a larger depth of field. And people like Ansel Adams used to shoot photographs at f64 so that everything from the foreground, all the way to the background was in focus and sharp. And in portraiture we tend to do the opposite. We like to use smaller f-stop numbers so that we can have our subject in focus and everything else a beautiful blur.

And, you know, there's a word to describe the blurry area of a photograph and it's called BOKEH. It's a Japanese word which describes the area which is out of focus when you're shooting with a shallow depth of field. And in photography often a shallow depth of field replicates how we see the world. For example, do this right now for me. Hold your finger out in front of you and focus on it. What you'll see is that your finger is in focus and the background is completely blurry. Then move it closer. As you move it closer, the background will become ever more blurry.

It also gives us the ability to add feeling to our photographs. All right. Well now that we know a little bit about both the what and the why. Let's dig a bit deeper into how can actually control and create a shallow depth field and let's do that in the next movie.

9/16/2014
The photographic gear that will most directly affect the way your portraits look? It's not the camera. It's the lens. Photographer, author, and educator Chris Orwig compares and contrasts wide-angle, "normal," and telephoto lenses, with the goal of helping you choose the right lens for both the subject of your portrait and the message you want to convey. Along the way, he shoots photos with different lenses, at different angles and different depths of field, and shares the results so you can actually see how these choices impact the final photographs. Plus, Chris shares his recommendations on finding the lens that's right for you, with a review of some common prime and zoom lenses.
Topics include:

Video: What is depth of field (DOF), and why does it matter?