What is a digital footprint? 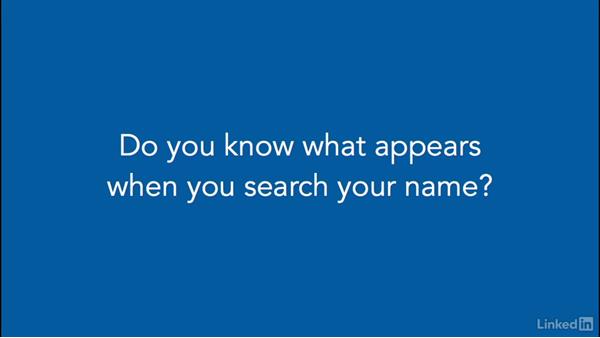 - [Voiceover] What is a digital footprint? According to Dictionary.com, a digital footprint is one's unique set of digital activities, actions, and communications that leave a data trace on the internet, computer, or other digital device. Essentially, your digital footprint is created by everything you do while on a device; especially on the internet. Some of these are more private in nature, such as your browsing history on a computer, including websites you've visited, emails you've sent, or private messages sent to others. These are actions that are often thought of as more private, but they're still part of your digital footprint, as they can always be traced back to you.

Other aspects of your digital footprint are much more visible, and include your interactions on social media sites like Facebook, Twitter, LinkedIn, or Pinterest, videos you upload to YouTube, blog posts, or comments you leave online, such as responses to videos, articles, or other blogs. Your digital footprint also includes some passive content that's often out of your control, such as news stories written about you which include your name, social media or blog posts written by others which include your name, or even pictures posted by someone else which you're tagged in.

The best way to examine your digital footprint as it appears to others is to simply search your name on a search engine like Google. Have you Googled yourself lately and if so, what comes up? Over the years, I've had many middle school and high school students Google themselves and reflect on their own digital footprints, and I can tell you that most of them were shocked at what they found. I remember one example particularly well. It was a student who had aspirations of obtaining scholarships and attending a prestigious college. Yet, when they Googled their name, the first thing that popped up was their Twitter account.

Their two most recent posts used profanity and one criticized a teacher in our building. That's obviously unacceptable. The student's jaw dropped as they were shocked that I was able to access this. I remember them asking, is it really OK for you to Google me and see that? The answer? Yes. In fact, expect people to search for your name and check out your digital footprint. The majority of employers now look at a candidate's digital footprint when hiring, and the percentages continue to rise. In a recent survey done by Jobvite, over 90% of recruiters use social media and a candidate's digital footprint when finding employees online.

What sites do they look for? Well, this is part of the survey and shows some of the most common ones they look at, including LinkedIn, Facebook, Twitter, and others. In another survey done by CareerBuilder, they found that 51% of employers who research candidates online said that they've found content which has caused them to not hire a candidate. This is obviously something that our students need to be aware of. In the next video, we'll take a look at some of the factors that contribute to a negative digital footprint that can hurt your chances of getting a job or other things which you're applying for. 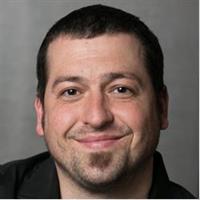 3/2/2016
What does it mean to be a digital citizen? Good digital citizens use technology in appropriate and respectful ways, and build community in every corner of the Internet. In 21st century education, helping students become good digital citizens—who communicate, search, and stay safe online—is part of every educator's responsibilities.

This course helps teachers and students understand the ideas and areas of digital citizenship. Oliver Schinkten describes the impact of our digital footprint. He shows how to participate in online communities, help students deal with cyberbullying, keep computers free of viruses and malware, and safely shop online.

The overall focus of this course is on educators and tips for teaching digital citizenship. But if you use the Internet for any reason—for communication, playing games, online shopping, interacting within communities, or any other reason—it is important to understand digital citizenship. Understanding your rights and responsibilities will help you stay safe and have a better experience online.
Topics include:

Video: What is a digital footprint?