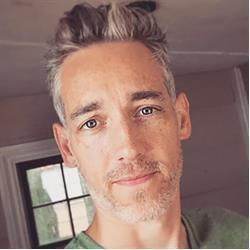 Craig Whitaker started at Apple, has taught for clients such as Pepsi, and is now creative director at Storia.

Craig Whitaker is a cofounder, partner, and creative director at Storia, a creative content company focusing on script-to-screen production and post in Philadelphia. He has over a decade of post-production experience, starting at Apple, where he taught a variety of professional applications, including Final Cut, Shake, Logic, Aperture, and Color. After leaving Apple, he worked as a digital artist at DIVE in Philadelphia, where he worked on several feature films, including Let Me In, I Am Number Four, Safe, and After Earth. Craig has also worked on many broadcast projects with clients such as Pepsi, Temple University, and Penn Medicine, and is an adjunct professor at Drexel University, teaching 3D and compositing. On the music side, Craig was the founder, songwriter, and multi-instrumentalist with the group Quick Step John. His music has been featured on NBC's Emmy-winning show ER, and he has performed with groups such as Matchbox 20 and the Grateful Dead. In addition, Craig is the president of the Foundry's NUKE User Group in Philadelphia, and has presented for MAXON at NAB 2015, demonstrating VFX techniques with NUKE and CINEMA 4D.