Recording audio with a laptop 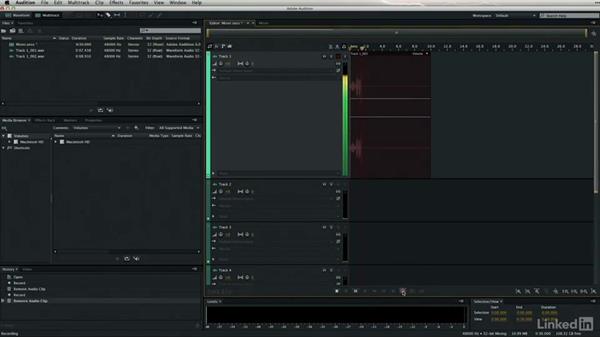 - So Rich, we're taken a look a quite few, sort of alternatives to the Zoom H4n, including an additional, you know digital audio recorder, we've taken a look at some attachments that we can make to a phone. Now there's one thing that has been traditionally used in sort of field audio recording, and that is the field mixer. Now the field mixer can of course be worn by the audio person, you've often seen that. Somebody wearing a belt pack around their waist, and they have all sorts of wires going in and out, - [Rich] Right. - And you know, that works. But there are also situations where you want sort of a more traditional type field mixer, kind of like what you'd see in edits suite or something like that, and this is a really cool one that we've got right here.

This is from the guys at Behringer, and this is actually a digital audio mixer, in the sense that it connects to something digitally, via USB, and tell us a little bit about it. - It's pretty simple. The idea here, is that you're probably bringing a laptop on location anyways, or access to a computer. - Right. Why not use that computer as the hard drive recorder. And all this does, is it pulls power from the USB port on the computer and it powers a small mixer, and this small mixer has several inputs. We can take a XLR input, plug that in, and actually provide power to a microphone, you see there that it's sending it through, and then next to it, you have two more RCA jacks, so you can decide to use four RCA inputs or use the one XLR, and then also have one set of RCA.

- So two total inputs. - Two total inputs, works fine. They both have controls here for gain, and you can actually adjust the volume there. - [Robbie] Got a little EQ sliders there, as well. - [Rich] Yeah, yep right down here, pretty simple there, So we can dial that in, we can adjust some of the paning, the balance, the lows and the highs. Pretty easy. And then you of course have an actual gain knob, and you can actually monitor the audio right here, at the device. - Which is important, because you know when it comes to monitoring you're going to want to monitor, ideally in every part of the chain, at the source, at the mixer, at the computer. Now Rich, you've gone ahead and plugged this in, and I have the USB connection over here to my computer.

And I've actually just launched Adobe Audition, it's just my sort of tool of choice for recording audio, but any, you know audio app should be able to address this USB device. - It uses the native, standard USB protocols, so as long as your system recognizes that, it will usually just work with plug and play, otherwise your Windows machine may say, oh I need to download a driver, or your Mac may it, but usually it works using the standard, I never had to put a driver in. Rob just plugged it in. - Yeah, I did. So on my Mac, using Audition, I'm here on a track and I'm simply going to arm that track to go to record, I'm not going to record yet, but as you can see from my bouncing audio meters, and my loud boomy voice, it is definitely picking (laughs) me up there.

And it's not very heavy, it's pretty light, plus power, not power supply. - You know what I really like about this approach, is that it's kind of like on set, digital color correction, right, in the sense that an on set colorist is kind of doing things, tweaking the look, making sure that the lights works and all that kind of stuff, this allows you to, say in an interview, to really quickly go back and go no, no, no, we need to say that again, because I was just listening to it and it was screwed up. It gives you instant access to the audio, you can cut together segments, to see if they're working, you know during some downtime, or reset or something like that.

Now just keep in mind, the one sort of parallel about this, is that computers do get lost, they do get bumped, that kind of stuff. So when you do record your audio to your computer, unlike backing up a memory card, you need to back this audio up somewhere as well. - One other workflow you might want to consider with this, and maybe you've already got an on set, audio workflow. But you need to do transcripts, well you can take an output from the existing workflow on set and then patch that into the computer. Quickly capture the audio during the shoot, rip off an MP3 and send it, it works great.

Or maybe it's just a back-up record. In any case, a simple device, about $150 bucks, I've seen them priced even cheaper, you can turn your computer into a pro audio device, and allow you to get some real world inputs, so you can capture right there in the field. Well Rob, we looked at a lot of different methods. - Yeah, we did. - And I think the takeaway here is that the Zoom H4n, and that traditional use of the external digital audio recorder is perfectly valid. - [Rob] Absolutely. - Technology's gotten better, and maybe it's time to change. - Yeah, a lot of options, it's really going to depend on your workflow.

There's no right or wrong, when it comes to sort of how your audio workflow is in place. But just consider some of these options, one of the options that I really like is, sort of the old iPhone and using a recorder that way. I do also really like, sort of, the portable field mixer. We took a look at the Tascam unit, which is kind of, you know, all intents and purposes, just a different form factor of the H4n, but provides sort of a different set of ergonomics there. And then also don't forget that your camera these days, a lot more capable in terms of what can be attached to it, and how the software is treating incoming audio.

So H4n, still a fantastic tool to use, but keep in mind, there are a lot of other options out there. - Well for Video Gear Weekly, my name's Rich Harrington. - And I'm Robbie Carman. 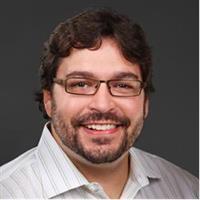 10/31/2016
What's one of the best parts about being a video professional? All the cool gear! In this series, Rich Harrington and Robbie Carman team up to discuss the latest and greatest equipment for video production and post, including one of its most overlooked aspects: audio. Learn how to enhance the audio inputs on your camera, mobile device, or GoPro with smart and inexpensive adapters, and get the best sound from wireless mics. Discover accessories that will make your shoots run smoother—like a great pair of headphones—and how to record audio with a smartphone or tablet, laptop, or Tascam recorder. Plus, get an audio engineer's perspective on audio equipment from special guest Cheryl Ottenritter. As with the rest of the Video Gear series, Rich and Robbie keep both cost and quality in mind, so you'll never have to worry about blowing your budget or compromising production value.
Topics include:

Video: Recording audio with a laptop