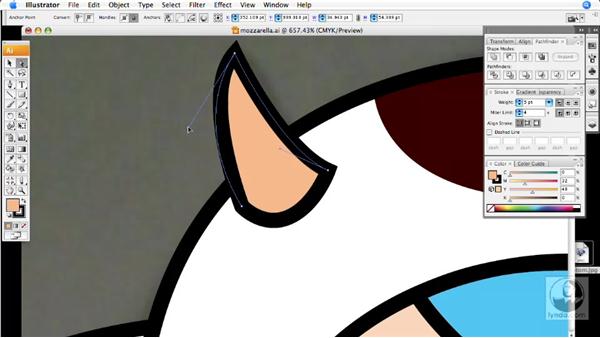 (Music playing.) Simone Legno: Okay, for example once I ended up with the shape of the head-- like I don't like very much where it is. Especially when you print it, you are going to notice that the stains are somehow over the outline. So I repeat what I did before. Copy and paste over the shape of the head, I take out the fill, and then I just bring it up.

I start to bring it up over the stains, so we can see that now it looks like pretty nice and clean. Then we put the horns above everything. It's enough just to cut it and paste it over. So we have it over everything and same here. Sometimes it is just enough to tidy up using the vectors. And now check everything from close and then realize that we have to be sure that nothing is above the other.

Repeat the same with the body. Let's put that in the body above everything. It is just the stroke because now that we have the stroke over everything we just select the same parts of the group altogether, we group them, and we bring everything behind. So everything his body is behind and it is very clean at this point. Okay then let me see which is the problem right here. Probably just make it. Probably like yeah we have here. We have the arm, which we have to cover with that part, so it is just enough to make this stroke a bit longer and it is going to cover that imperfection.

The vectors sometimes on the monitor they look like very clean, but when you print they are really-- you can see all the errors happening lots of time. So I learned to be very careful. So sometimes I do shades. Like it is just simple. It's just like we take a part of the element, copy and paste over with the Command+C and Command+F.

So now as you can see we have like two parts of the machine gun, one above the other and I use the Knife Tool. So with the Knife Tool I cut a part, and I take out what I don't need and the part that I want to be shade is going to be like the part that I save. So now we have like an identical part over the beginning part, and so it is just enough to make it like slightly darker and then take out the stroke.

But now again every time you take out the stroke you see that there is some imperfection and we have to cover it with another stroke. So I will copy and paste over, bring everything up and take out the fill and you see like here everything is pretty clean. So now I want to make the cheeks, that are going to make the face look pretty cuter. So you can do it again. I just copied and paste the same face, like I copied it over so it's double.

So I cut out the part I want to make darker pink just doing like this. So these are going to be the cheeks and I will not need this one because I have under that I have the other pink face. And so I have just these two cheeks. I take out the stroke, I don't need it, and I just give it a little bit of color to make it pinker and again I don't like this problem. So we will just cut and paste over.

We have this face again. We take out the fill and the cheeks are pretty clean because they are covered from the nice thick stroke. When I do a character it is always important I think to have soft and precise lines. So I don't like big hard curves, so it is good to do it like this. And then at the join it is always good like to keep it pretty soft. You know we can see here where there is the stroke palette, there is like this part, and so like now this is pretty spiky, but if we go here, the horn would become soft and nice.

And it is good even like to-- Before we put some shapes, but it is good to put some reflection. So let's say that this here is light blue. I want to put like a lighter blue, which could be like a sun reflection or whatever. So again I copy and paste it over. I cut out the part that I am interested in, take out the part I don't need and this one is going to be lighter blue. Just take out some color. Or like if you want, let's say we have like a mixed up color, like this one.

If we press the Shift key and drag one of the colors of the CMYK or even RGB, like all the other-- if I change the K, pressing the C, even in proportions, even the C, M, and Y are going to change in this way. So it would keep like the same tone, you see. But anyways now we will need just the lighter blue and this is a very simple science. So it is just enough like to play with the Cyan channel and here we are.

So again we have like this thing that we don't like and I just copy and paste, bring it up, take out the fill and we have again like a clean line. So then you know I fix this stuff. I rotate this. Actually I notice that here I need a couple of parts of the machine gun. It's for just simple things. We really don't need a sketch; this is just simple. So let's take the same color, using the color picker.

Sometimes this is good enough to have like all the stroke identical. There are some parts that somehow they don't need to have the same thickness. So you can go like a little bit thinner. And sometimes you want like to make more relevant some parts so you give them like a bigger stroke. So we can copy like pressing-- like dragging the thing and pressing the Option altogether like this. It is just going to copy it and that's all.

Like again with Command and the square bracket we bring it down. So this shape can be even like a straight line. So it is enough to make a line like this, if I want to put like a reflection over the gun. I put like the soft Round Cap and a Round Join. I will make it lighter. I will make a lighter gray, so it's just like the sun going over the gun.

Then at the end like with Command and Option and 2, I just unblock whatever I had blocked and so I can rid of the sketch. It is always good when we design like a more complex design to look around at whatever you have because sometimes when you unblock it and if is there is something blocked over there, like you can erase even that one. Now without the image behind you can notice other details that you maybe want to be more careful.

We can even add like some shade on the head, copy and paste over, cut away like this. So I will take out the part we don't need. Just like a little bit of grain is going to be enough to give that like a warmer color. Just to give a little bit of shade could be fine. 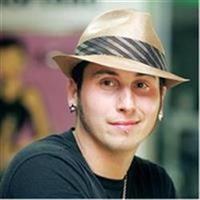 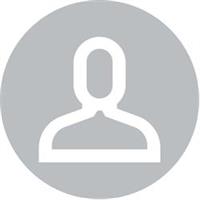