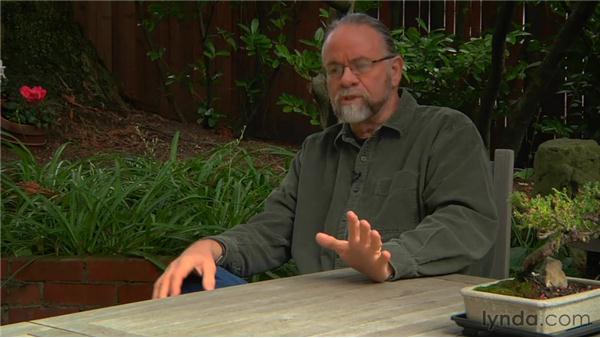 (Music playing.) This is a little piece that I did back in 1977, which was actually published in 1978. So I remember the day I went to present the artwork for this page here, and I had this - I had spent hours and hours - and actually a couple of days - creating these tubes to look very real, very photorealistic, and they looked at it and they said, "What's this?" I said, "Well, that's the artwork for the cover." They said, "Where is the other one?" And I said, "Well, that was the comp." And they said, "No.

We want the other one." So I had spent all this time to do this, and what ended up happening is that they used all of the comps, the comprehensives, for the finished art, because these were all just rough, little sketches with press type for the headlines and stuff, but that's what they ended up using as the final art. So it was kind of fun to be able to do that. So I remember setting up one of the first ad agencies in New York with the Mac Plus. And we were going to produce everything digitally.

We got the CRTronic 300, which was the first imagesetter that connected directly to the Mac Plus, and using ImageStudio, which was the only product at the time, Microsoft Word, and a recently developed product called PageMaker, those were the main tools that we were doing to produce the ads. So we were doing everything on the Mac Plus, on that little 9-inch black-and white-screen, and then spitting everything out onto the imagesetter. It spit out the whole page with the text in place, the illustrations, and the photographs, everything in place, black-and-white.

After two months, we did some estimating, and we realized that we had saved the company 82% on all production costs by doing everything on the Mac. Now, a lot of these agencies had computers. They had these big Quantel Paintboxes, and Harris, and all these things, in their basements. These things cost a fortune. They were difficult to use. They always had to have a techie running them. But then all of a sudden came this big revolution which was Photoshop. Photoshop really changed the landscape for the whole graphic arts industry, because now, all of a sudden, what happened is that they started buying small computers, little desktop units, putting them right on the art director's desk, and they would then start doing everything digitally.

Now, the tools were there, everything you needed was in one place, and what was coming out of it was high-end professional. It wasn't that now you had to rely on all these other places; everything could be done within one little device, by one person. And that started changing the whole landscape to where it is today. Whereas there was a time where Madison Avenue was the place, even though very few agencies were actually on Madison Avenue, but the companies relied on the big ad agency to produce all their work.

Now all of a sudden, you started finding most companies were starting to form their own in-house departments to produce the collateral material, the pamphlets, the give-away stuff, that before they were spending a fortune on. Now we were starting to see that stuff being produced in-house by companies. And we started seeing the proliferation of a lot of small graphic design studios, because now you didn't need that big infrastructure to have all this stuff. Talk about space, back in the old days, you needed a few rooms just to store the artwork.

You would produce that big mechanical with the rubber cement and stuff, and you had to store it somewhere, because the client might want to run last year's ad with a couple of changes. So you had to go to that big room, go through all those bins and pull out that big board, which was the artwork, and 'Oh my God, somebody got coffee on it,' or whatever. But you had to store all this stuff. So that, right there, was a real estate expense. Digital just changed the whole landscape of the graphic arts industry, for the creative process, the production process, with not that much more additional effort - in fact, in many cases, a lot less effort to get a really finished-looking piece, good color, good type, everything the way you want it, to get it exactly the way you want it, because it's just so much easier to produce things doing it digitally. 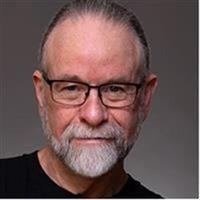 4/30/2010
Renowned artist Bert Monroy is known for his hyperrealistic style of extremely large format Photoshop illustrations. As an early adopter of digital imaging tools, he has been working with Photoshop since before it was released as a product by Adobe. He is the author of several books that showcase his illustrations and digital paintings, co-authored the very first book about Photoshop, and has authored numerous courses on photorealism for lynda.com. He is the former host of the long-running podcast Pixel Perfect with Bert Monroy, and an inductee of the Photoshop Hall of Fame. This installment of Creative Inspirations takes viewers inside the home studio and the personal world of this modern-day master. Watch as Bert adds the finishing touches to his largest digital image yet, a 25-foot wide digital illustration of New York's Times Square.

In Bonus Features, Bert talks about the differences between digital and traditional art and how he chooses reference material for his paintings.