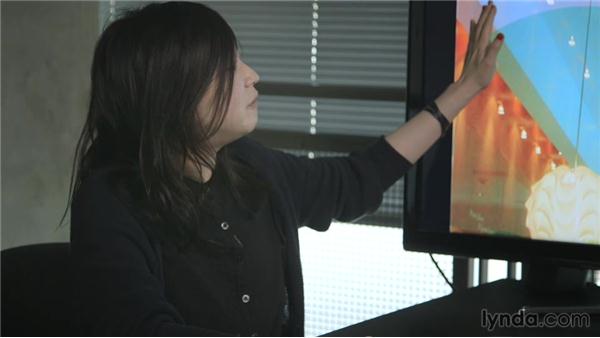 We started working with Pinkberry about 6 years ago. And at that point, they had just one store in West Hollywood. And how I got to know them was actually that point, I was still working at the motion graphic firm called UN Company and, I've always loved branding and I've always missed it. And a friend of mine was telling me that there's a really cool, hip yogurt shore, store in West Hollywood and that they're actually looking for a branding firm. And so I, I went over there. I was curious, I tried the yogurt. It was really, really good and I just fell in love with the product.

And after trying the product I, I actually went back to work and I, and I took a week of vacation time. And I told myself, okay I'm going to use this vacation time to really think about, some, some, like where would I, if Pinkberry is a brand that I'm working with, what would I do with it? So I called the owner on that day and said, can I make an appointment with you on Saturday to do a mini presentation, I'm interested to do your branding. So what happened was on Saturday I presented the idea, and he loved it.

And on Monday, I went to work and quit my job and then started When we first started working with them, they only had one store. They didn't have any website. They don't have any photography. So basically the, the brand only lived in that bubble at the store. So, so my job started with how do we bring that brand outside of the store. So at that point, Pinkberry had such a loyal following. This is actually a scene from one of the West West Hollywood store. There's a line out the door, there's security guard to actually control the crowd. It's insane for a yogurt store.

And so we thought, how do we bring all these people who are so passionate about the brand, together? And so what we did was we created something called Pinkberry Groupie. And we didn't want to call it Pinkberry fan club because we felt Pinkberry is actually a rock star. At that point, Pinkberry was also getting tons and tons of press like, this one, the taste that launched 1,000 parking tickets, which was L.A. Times. But basically, all these things are something that we want to use to get people excited about the brand and just hearing about how other people talk about the brand can get people intrigued and excited.

So we really used a lot of the press, we even used social media. How people start talking about it. Heres an example where we actually create a mural in one of the walls. And it talks about from when Pinkberry started all the way to where it is today which, at that point it was only a 2 year old history which is kind of hilarious. The design of this store was very colorful, it's very poppy, modern. And so when we started approaching the visual design, we created this simple bubble shape that was later on incorporated in the stores as well as all the packaging.

But it basically communicates that the product is, is light and airy. And so we chose, even the typeface that we chose is something that's very rounded and very open, so it, it feels friendly. This is the tag line that we created for Pinkberry. It says, Swirly Goodness. The word swirly is visual based. It's the shape of the product as well as the shape of the logo. And then goodness is emotional based, that it is better for you than ice cream. It is the state of the company as, as a whole being good. And that language itself was later on injected to every single touch point.

We even called the team member Swirlers. This is another example of language where it says, a happy neighborhood makes a happy Pinkberry. But if you think about it, it says don't park here, don't litter. We could have just set rules and regulations on Pinkberry premises, and it would have been a completely different feeling. For us it's important that every brand, it feels personal and it has a personality and character. It has this optimism that surrounds the brand. And so this is one of these we did like after you eat Pinkberry, at the end of the cup it says I love when we meet like this. So again, it enhances an emotional connection between the audience and the brand.

And for Valentine, we made the original and green tea fall in love with each other. For the holiday, we dress up Pinkberry to become a tree, and with featuring pomegranate, which is their special winter season topping. As we work with Pinkberry for now already 6 years, and they have Pinkberry, obviously their frozen yogurt market, everybody started popping up, all the different competition, they started making frozen yogurt. And so how do we cement Pinkberry as the leader and the one who knows about frozen yogurt? So Beyond Frozen Yogurt is something that we created is mini zine and it's called swirly goodness, and it basically helps the brand talk about everything that's not just frozen yogurt, where do we get our fruits from, who are the farmers who provides all the fruits in the store.

It gives them a back story and it connects us because we're talking, and we're starting a conversation instead of saying things. And one of the things we did was create something called Your Canvas, which is the yoghurt, and Your Palette which is the topping. And with your creativity, the combination's endless. We invited all the groupies to come together, meet each other, and experience the product for free and at the same time celebrate the opening of the store. So they come in, make little things out of their Pinkberry, at the end of the night, they get prizes and that's the one day that they can play with their food and get rewarded for it.

And again, it cements the connection between you and the brand. We had never imagined that it would be what it is today. I mean, who's the founder, we worked closely together. Young always says that without the branding because they were such a small company, other companies that are bigger who has more money would have been able to do the same thing with more money and they would probably grow faster. But because our branding was really strong, the combination of everything really makes it Pinkberry and it become untouchable at that point. 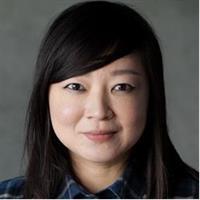 6/6/2014
Yo Santosa took a big leap when she decided to quit her job as a motion graphics artist. But her fledgling design agency, Ferroconcrete, has gone on to create award-winning branding campaigns for companies like Pinkberry, TNT, and TBS. As Yo explains it, there are parallels. Branding, like film, is about storytelling. But instead of telling a story over a few minutes or hours, a brand's story is told over a period of months, years, or even decades.

In this Creative Spark, Yo explains how her team maps the personality of a brand, creates messaging and imagery that support it, and helps clients earn the love and loyalty of their customers. See how this played out for Pinkberry, which under Ferroconcrete's guidance evolved from a single storefront to a nationally recognized name. Yo's team also introduces its fragrance line, Commodity, a project they started to gain firsthand experience building a product alongside the brand. Plus, get a glimpse of the uniquely collaborative design team hard at work in their downtown LA offices.