What is FileMaker Go? 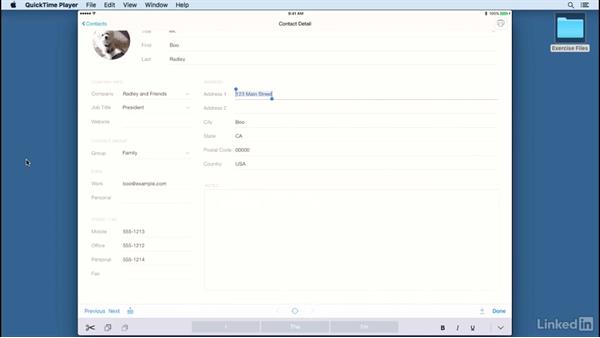 - [Voiceover] Apple Computer sold 10,100 iPads and 34,000 iPhones per hour in each day of just the first quarter of the year 2015. Now, a large number of those devices are gonna need custom business applications and business owners are already buying these devices and trying to make a business case for them. Now imagine if you could pitch those same business owners and decision makers on a platform that not only provides a low cost app development environment for iOS, but those same apps that are built in that environment could be networked to an expansive back end system that could be then shared to hundreds of users simultaneously, and all of this could be customized just for the users that are gonna use the application.

Well, that exists, and it's a product called FileMaker Go. In this course I'm gonna introduce you to the FileMaker Go app. I'm gonna be using an iPad to show you databases from FileMaker Go, but keep in mind that FileMaker Go is a free client for iPhone and iPod Touch as well as the one that I'm gonna be using for the iPad. When you're planning your custom apps in FileMaker Go, you wanna determine who your user groups are gonna be, and now it's important that you include users that might be outside your network. Maybe they just have access to your network with an iPhone, iPad, or iPod Touch. You can now include them as users of your custom FileMaker solution.

What can you build with FileMaker Go? Well, the possibilities are literally endless. With over 2 million downloads of FileMaker Go for iPad and iPhone to date, it's already an established platform all over the world. You can extend your existing custom apps to users anywhere, or you can create your own iOS app that can be distributed on the iTunes store. FileMaker Go allows users to view and manipulate FileMaker Pro custom apps, that are either hosted or stored locally on a device. In the same way that mobile Safari allows iOS users to work with websites designed for the desktop, FileMaker Go lets users access layouts as they were created in FileMaker Pro, with really no additional modifications required.

Of course, developers can opt to tailor their layouts in FileMaker especially for the devices, and you'll see some really good examples of that in any of the starter solutions, including the ones that we'll be using throughout this course. So you'll see, for example, that there are custom layouts that are designed for the tablet, and if you look at them in layout mode, you'll see that everything's a little bit bigger and easier to read on the devices. In addition to tablets, there's even customized layouts in all the starter solutions for iPhones as well. In addition, the exercise files also have custom scripts.

Each of them have a Trigger On First Window Open script that allows us to detect which device it is and then take the user to special layouts based on whatever device was detected. So you can see that you can include device access into your strategies when you're building your FileMaker custom apps. Now FileMaker does a fantastic job of preserving fidelity across the entire platform. So what works in FileMaker Pro will work in FileMaker Go, albeit with some important exceptions that are covered later on in this course. FileMaker Go is a client intended for working with your existing FileMaker 15 custom apps.

Now you'll wanna recognize, as a developer, that your users are not gonna have access to any of the authoring capabilities. So for example, there's no layout mode or there's no Manage Database dialogue, or any other programming tools that you get inside FileMaker Pro, for example. You will still continue to do all of your development work on the desktop, and then use the results of what you've created on the devices. So in summary, FileMaker Go is a true FileMaker client. It dramatically extends the reach and convenience of your FileMaker custom apps to the iPhone and iPad. You can even create an iOS application with these and distribute them on the iTunes store.

So as you're getting to know FileMaker Go, dream big! Think about your current databases, but also think about how you could create custom apps and deploy them on iOS devices. 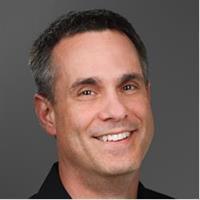 5/12/2016
Are you already familiar with FileMaker Pro and the basics of database design? It's time to get started with FileMaker Go, the free app that allows you to run your FileMaker custom apps on iOS devices like the iPhone and iPad. In this course, FileMaker expert Cris Ippolite shows how to make your way around FileMaker Go, design FileMaker apps for deployment on Go, work with data, and create new layouts that are optimized for mobile. He also shows how to communicate with other installed apps, and trigger actions based on the proximity to other hardware with Apple's iBeacon technology. Once you have learned the basics of FileMaker Go, you'll have the tools to take your work mobile—anywhere iOS devices can travel.
Topics include:

Video: What is FileMaker Go?