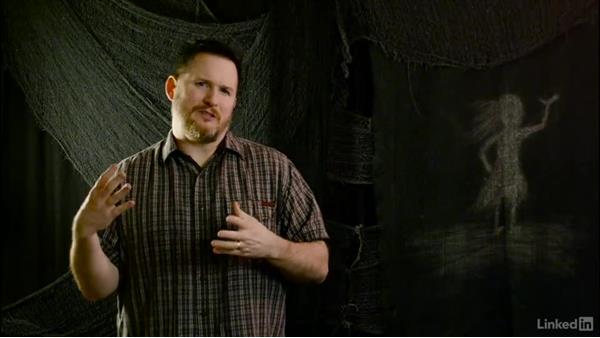 Blocking on a movie set refers to where actors are positioned in the scene, and how they move through the frame of the camera lens. Blocking can be done by the director, or the director of photography, but actors can also assist tremendously in suggesting organic blocking that is motivated by the character.

- Blocking actors refers to how the actors are positioned,…and how they will move through the course of the scene.…This can contribute a lot…to the visual aspect of storytelling.…It's also important to iron out the details…of actor movement for technical reasons such as…how their movement interacts with the lighting,…or how it changes the focus distance.…Because of that, we usually put little pieces of tape,…typically gaff tape, on the ground,…to indicate where actors should be…at certain points in the scene.…Okay, so your elbow should be lined up with that.…So, everyone is on the same page technically.…These are called marks.…When filming these shots from Korda'a's point of view…as she gets discovered by the town,…here's the advice that I gave to the cast…about hitting their marks.…

When you walk up, try to use your peripheral vision…as much as possible.…That you're walking up and you're amazed…and then you look down to look at your mark,…then it will look like you're looking down…to look at your mark.…So, you can come in slowly,…