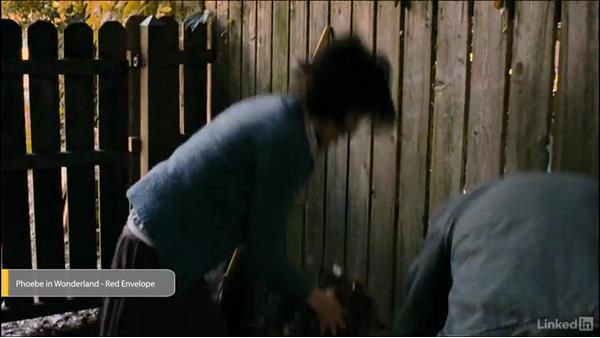 As actors endeavor to obtain the scene objectives for their characters, they can add variation to their method for obtaining their objectives by adjusting the action verb they use. Action verbs describe actor motivation and are great tools for directors directing acting performances. As actors alter their action verbs in a scene, it forces their scene partners to change their reactions as well.

So, this helps actors stay engaged…and deliver organic performances.…We saw in the last chapter…how Jimmy Stewart changed action verbs in that scene…in Hitchcock's Rear Window.…Let's look at another example.…This is one of my all time favorite scenes.…It's from the movie, Phoebe in Wonderland.…Here, Felicity Huffman's character is a mother…to a daughter with some behavioral challenges.…