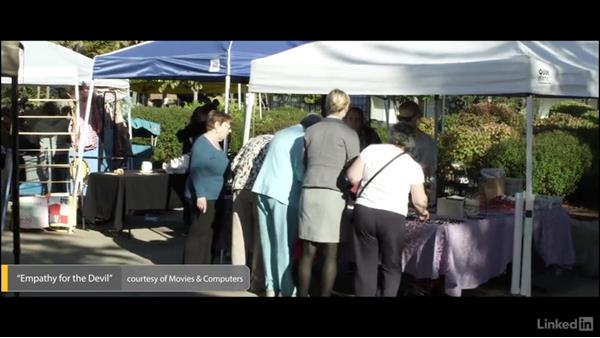 An amateur actor or non-actor is commonly found in independent film productions, or on student films. How do you direct non-actors? Amateurs are directed in the same way professional actors are - by trying to elicit a genuine performance. This is done by helping the actors find scene objectives, and giving them objective-oriented direction, while avoiding result-oriented direction.

- Occasionally, you might work with…actors that aren't actors at all.…Maybe you have a celebrity that's making a cameo…in your film, or if you've found a beautiful model…that's trying something new, or maybe you're making…a student film or a film with friends and…so you don't really have any other choice.…You could still get great performances out of non-actors…with the right direction and a little creativity.…Most of my directing experience is actually with non-actors.…Kind of been intimidated by actors with experience…so I made most of my movies with my kids or with models…that I've known through my sister, who's a photographer.…"The Assurance" was really my first experience dealing…with trained and experienced actors.…

Now the most important thing to remember…is that acting is really just creating genuine behavior.…That is what audiences connect to.…When we see someone faking it, we detach emotionally.…So how can you get a believable genuine…performance from a non-actor?…The same way you get it from anyone!…