How do you feel about rehearsals? 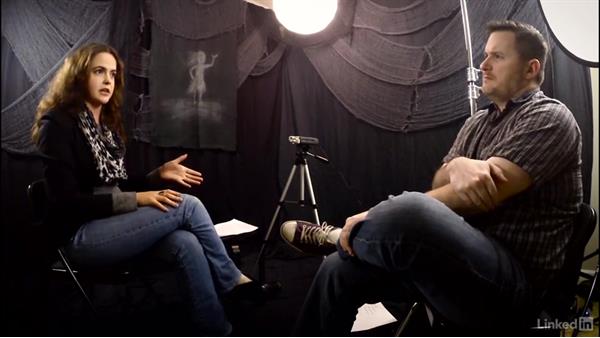 Some actors feel that acting rehearsals are necessary and helpful in order to be more comfortable on set, during production of the film. Other actors feel that rehearsing is draining, and causes some of the spontaneity to be lost from the film set when the cameras are actually rolling. Here, actress Eva Jane weighs in on the matter of rehearsals.

- I do like rehearsals, I think that with rehearsals,…sometimes there is a, there can be, anyways,…a line between feeling like over-rehearsed.…- Okay.…- I think so.…But like when you have, I did a play a couple years ago…and we rehearsed for six months…and we could've rehearsed another six months…and still found stuff 'cause there was so much meat to it,…and every single day, everybody in the show…would bring like one more thing,…maybe like slightly tweak something,…and I think that, and granted, that was theater,…so you didn't have to worry about framing,…but I think that for film, there's an aspect of film…that's very, very solid, you know, like this is the frame,…you know, so it's like,…"I want you to totally go for the emotion…"but don't move further than right there,"…you know?…And I think that can be difficult,…trying to figure out how far you can go…and how far is too far…and, you know, because the camera picks up so much,…I think as far as rehearsals,…I think the important thing with rehearsals for film…

Video: How do you feel about rehearsals?