Identifying with your character 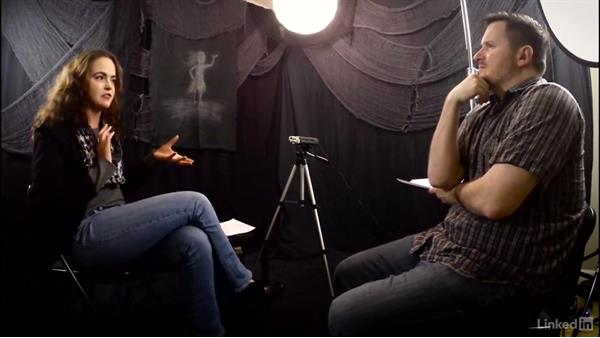 Actress Eva Jane specifies here how to identify with a character that she played as an actress. In connecting with the character and their character arc, and finding similarities between the actor and the character, there is a greater emotional connection, which leads to a more genuine performance on set.

- I don't have children currently,…but I did a lot of babysitting when I was younger…so I spent a lot of time looking after…and taking care of young kids,…and that reminded me a lot of it,…kind of like protecting and taking care of,…and when she lets go at the end,…kind of that realization that…she couldn't protect her forever.…Like okay, you're free, don't need me anymore.…

And there's almost that bittersweet aspect…of letting them go and live their life,…and at the same time hoping that you did everything…to protect them and to help them as much as they could,…and her and Ta'ani having to keep…a strong face the whole time.…I'm assuming as a parent, but if you're babysitting,…if you're upset about something, oh gosh,…you don't tell that kid, you do not…cry to the four year old about your bad day.…You're like, no I am good, we're gonna play.…

(both laughing)…So you kinda have to do what needs to be done…and I think that's what Ta'ani did a lot.…

Video: Identifying with your character