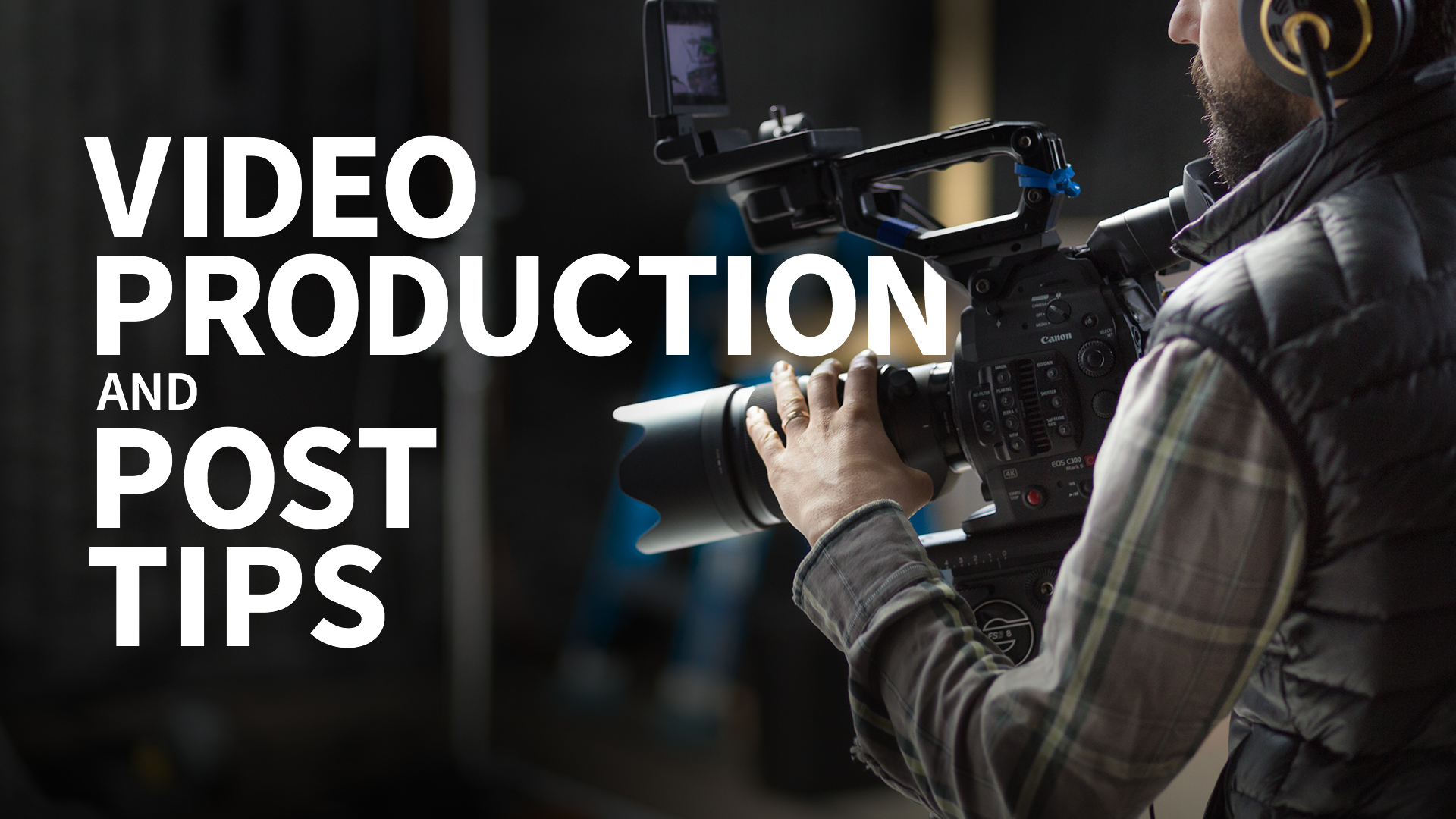 4/15/2016
From the guys who brought you Video Gear Weekly comes Video Production and Post Tips. In this course, Rich Harrington and Robbie Carman answer common video production and post-production questions, explore gear, and demonstrate useful techniques. As you've come to expect, they keep both cost and quality in mind. Get practical. Get hands-on.

Rich and Robbie explore the latest in video technologies, compatible gear, and how to adjust camera settings to capture images using new perspectives, new resolutions, and new speeds. They provide gear suggestions, with options that meet different budget ranges, and they demonstrate how to implement techniques to solve problems.
Topics include:

- Hey there, I'm Robbie Carmen. - And, I'm Rich Harrington. - Now Rich, it's no secret that you are a time-lapse lover. In fact, I've seen you take some time-lapses in very peculiar places. I've seen you get yelled at by plenty of security people all around the world. But, recently I've been seeing you doing a lot of time-lapse with GoPro. - Yeah, what I like about the GoPro is that it makes it easy. If I need to get a time-lapse done right in the camera right away because I want to share it via social media, I can actually record in camera, have it transfer the phone and post it immediately.

So, sometimes I'll use that as a secondary time-lapse when I'm doing a real job with a DSLR or a slider. And, other times you can actually record right to photos and do quite a bit of post processing after the fact which is cool. But, whether it's a behind the scenes shot for your next production or you just want to show the passage of time, you could of course, remove the battery door and plug into a USB battery for a long life. This is kind of cool, time-lapse photography is useful for lots of things. - Rich, I think you really hit the nail on the head. When I think about the GoPro and time-lapse, it's all about ease of use.

You know, instead of having to bring your big camera and worry about setting everything up, just pocket the GoPro, put it in your backpack or put it in your pocket and you are ready to go. And, in fact, I've seen a lot of people do sort of endurance time-lapses with the GoPro because its form factor lends itself to that, as you said with the USB pack, a little, you know, a little table like this to spin it around or some casing. You know, it's a cover the whole thing from the elements. You can do a lot of really cool work because of this form factor.

- Well yeah, and I mean this is an example, like this is a two hour panning head and a 12 hour panning head. You just twist these and they actually unwind and let you get movement in your tome-lapse. And, I mean, these are just small and easy and that's really the key. - Absolutely. - So, this week we're going to walk you through the two different types of time-lapse recording you have and show you very quickly what you could do with GoPro Studio to put all the pieces together.

Video: Using a GoPro to record a timelapse