What would've made Ta'ani a stronger character? 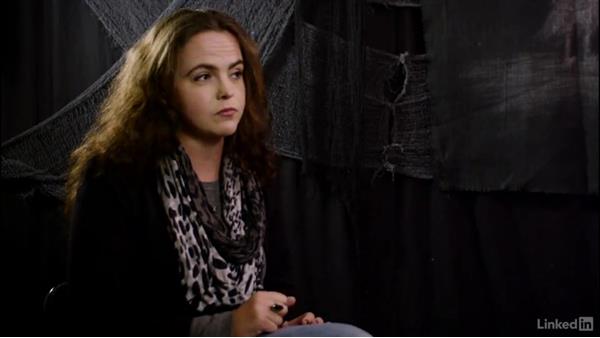 Characters in a story or film are made stronger when they have strong wants and objectives, and also have to struggle against obstacles. Actress Eva Jane gives her thoughts in this video tutorial about what specific things make strong characters. One of those things is to know the stakes of what happens when characters don't achieve their scene objectives.

- Really the only thing in the storyline…that I think could have made it…a little bit more juicy,…and I didn't really think about this at the time either,…is the feeling of…what happens when people find out.…It's like yes, this girl's the chosen one you know,…she has a bunch of responsibility on her shoulders…but is she actually taken away from you?…Are you killed?…Are you run off?…Is this the end of your life?…'Cause people really, they loved this little girl,…this symbol of hope and I think maybe a struggle of,…if that symbol of hope was feared or hated more that would…almost kind of up the stakes of…okay you really can not be seen ever.…

'Cause when she was seen, there were…people that were angry about it.…People were upset about it.…People that were no she's the savior we gotta help her.…There was that little bit of the back and forth about;…but then there's the whole question of not knowing…how people are going to respond to this.…Which I think is...…it's juicy in itself.…But as far as pinpointing…if there was a specific horrible outcome that would happen…

Video: What would've made Ta'ani a stronger character?