The importance of acting 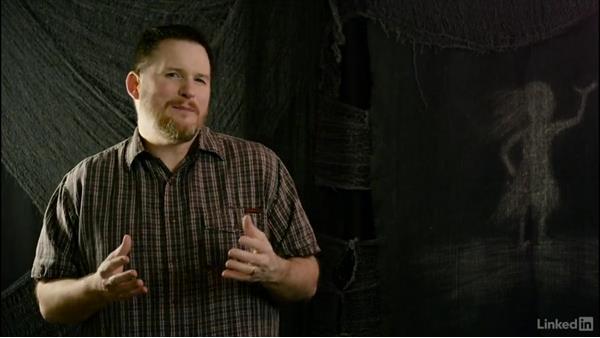 Film acting is huge in movies, because movie characters are the vehicles for storytelling in films. Actors use a variety of acting methods and acting processes to create genuine and authentic performances in fictional circumstances. When actors are not believable, it is because they are not feeling what the characters are feeling.

- In this course, we're going to look at acting. We'll look in-depth at the casting process we went through on The Assurance and why we chose the actors that we cast. We'll also look at the rehearsal process and some of the things that we learned along the way. We'll also look at what acting is, in theory and in practice. We'll then spend some time looking at how to direct actors, including child actors or those with little or no acting experience. Finally, we'll check out an eye-opening interview with actress Eva Jane who played Ta'ani in The Assurance. She has some phenomenal insights on the subject.

We'll examine acting buzzwords, three dimensional characters, action verbs, motivation and stakes, result-oriented directing versus objective-oriented directing, and tons more. We'll explain them clearly without all the jargon so that it just makes sense, and so you can incorporate all this stuff to improve your filmmaking skills. Acting is the aspect of filmmaking that I've learned the most about since filming The Assurance. I really wish I could go back and do things differently, knowing what I know now. So, we'll look at what I did wrong so you don't have to make the same mistakes on your films.

Acting is an interesting thing. Probably the most misunderstood part of filmmaking generally. From the outside, actors might seem to be fragile or pampered or overly sensitive about everything, but they kind of need to be. The difference between a believable performance and one that we don't believe is really subtle. A few years ago, a movie called The Room attained cult status. It was endlessly derided for having subpar acting performances. - Let's go home. - C'mon it's clear. - What's clear? I am going to call the police.

- Mom, stop. It was Denny's mistake. Just stop. - Let's go. - Why did you do this? You know better right? Why? - I'm sorry. - Now imagine you were the director. If you felt the acting was off, how could you tell? Was it the inflection in the voice? Was it facial expressions, body movement, maybe a combination of these? When actors don't process things correctly internally, it manifests externally in extremely subtle ways that are difficult to pinpoint. So, actors must be very in-tune to all the nuances of what they're feeling because those feelings are the tools of their craft.

In this series, we're going to focus on the process actors go through and also how to help them along that emotional journey, so that their performances are genuine. Be aware that a huge component of acting is the study of human behavior, which is really infinite. There's always more to learn. So, let's dig in and learn about acting.

Video: The importance of acting