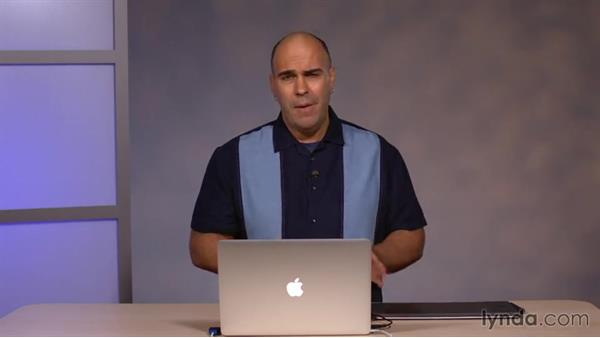 - Today we've been looking at images that haven't had a lot of movement in them. The camera's been rock solid, and within the frame, nothing has changed a lot. But with many images if you're shooting HDR, you can get unwanted movement. Maybe it's the blowing flag in the scene, or tree branches swaying in the wind. Or perhaps a busy crowd moving through the scene. In fact, it's that last example that I wanna show you. Let's take a look here at this next set of images. It's a busy crowd scene, and what happened is I shot an HDR photo of a church here in the Philippines, and the crowd was just walking on by.

Even though we had fast burst, with each exposure, the camera was open just a little bit longer. And those people quickly moving through the scene are gonna create weird artifacts as it tries to make the large HDR file. Now, let's take a look at that. We'll select the entire stack of images, and choose ctrl + h. I'm gonna leave Auto Align and Auto Tone off, because I know I shot from a stable platform. But we'll leave Deghosting set to none, so we can see the problem.

There we go, and you'll notice that the people have created a very interesting echo effect. There's that umbrella moving through the scene. There's three copies of the same person, creating a strange, ghostlike image. Well, you might overreact, and immediately go to High. And while that's okay, doing a High deghosting amount is gonna mask out a lot of areas in your image. So if I choose this method, it's gonna take a while to build the preview, and yeah, it did a good job.

But, by showing the deghosted overlay, you'll see that it pretty much deghosted everything. So this means that we're really not getting the advantage of the HDR file. Let's see if we can't try a less-aggressive method like Low. By seeing the deghosting overlay, you get a pretty good idea of which parts of the image are being deghosted, and which are being left alone. The more that's being left alone, the more you have high dynamic range to work with.

I'm hoping that Low is gonna do a pretty good job. And it looks like it did. You'll notice that it picked up around the people here, and is gonna be more aggressive at preserving their details. But most of the areas of the sky are left alone. Now, this four-tier method of None, Low, Medium, and High, is useful, but I just wanna go on record to say that tools like HDRSoft's Photomatix, have more precise control for ghosting, where you can select just the areas, or paint them in, to be very precise where the deghosting occurs.

With that said, the ability though to stay as a raw file, is a nice benefit, and these methods are simple, and easy to understand. So balance that out, if you wanna learn more about HDRSoft's Photomatix, I do have a course here on Lynda.com that will walk you through all of its features. And towards the end of this course, I'll show you how the two applications can be used together. All right, let's finish the merge. We're gonna go with the Low method, I will invoke Auto Tone here to recover some of the sky. And click Merge, and it creates the new file.

You could track the progress here by clicking the button. And if you click on that status bar, you get a little more details about what's happening with the merge. And we can go back to a single image. And what you're gonna see here is that we still have the benefits of HDR. We'll be able in just a second, once the merge is complete, to recover the shadows and the highlights of it. Now, because the deghosting was in there, and there was so much movement, we had to be a bit aggressive to clean that up.

But let's try to fix that a little bit. Yeah, we'll pull down the exposure a little. See we still have a nice wide range. Lift up the Shadows and the Black point, there we go. Recover the Highlights and the Whites a bit. And bring out the Clarity and the Vibrance. Well, that's really now starting to look like the day that I saw when I shot this.

Here's the original, which is a bit washed out, and lacks a bunch of contrast. And here's the one with enhanced dynamic range. I really like how that's coming together. And of course, all of those other controls are still there. So in this case, let's just do a quick adjustment, Take advantage there, and we'll do a Balance adjustment on the church, I'll apply a Full adjustment there. That's a little too much so we'll try Auto. Feels pretty good, dip on into Manual there, and just apply a very slight tilt to the vertical image.

Looks good, let's constrain the crop, and it automatically cuts out those transparent areas. The small Vignette, and I'm very happy with the end result. All right, we were able to capture the full range there. Now, this is more of an editorial-style image. I wanted the people in this scene, and I just wanted to see a natural street scene. But what I was able to overcompensate for was the fact that the lighting conditions were absolutely terrible.

Sometimes you can't control when you shoot, and sure, by manipulating my visit by three or four hours, I could have had much better lighting conditions to shoot with. But I couldn't control my schedule that day. We were there when we were there. This is the opportunity I had. Rather than losing it by simply shooting a few brackets, I was able to capture more information. And with more information, there's more you can do in Lightroom to recover the image, and get the exposure that you want.

7/13/2015
While HDR photography has its fans and its detractors, just about every photographer loves having some control over dynamic range. Lightroom 6 and Lightroom Classic CC offer an entirely new approach to HDR imaging with the ability to merge multiple exposures into an all-new Digital Negative (DNG) file. This file gives you even more precise control over shadows, highlights, clarity, and contrast—with minimal changes to your shooting and post-production workflow.

In this course, Rich Harrington shows how to get the most of Lightroom's Photomerge command and its image development and enhancement features to get more control over the dynamic range of your images. Along the way, he provides tips for shooting HDR photos, creating black-and-white versions of images, and combining Lightroom with Photoshop and Photomatix Pro.
Topics include: