Shooting a portrait with a cross-light setup 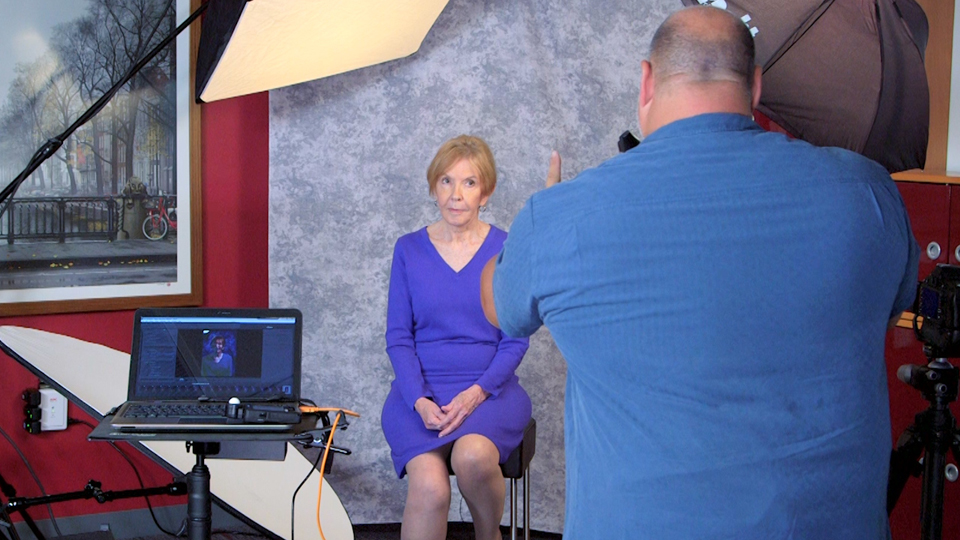 - After scouting a location I came across this big empty room. This is going to be perfect to set up our backdrop and our lights. There are numerous types of lighting setups we can use. Today, we're going to do what's called cross lighting. And what cross lighting is, we'll have our key light, or our main light, on one side, and directly across from that, we'll have our hair light. Now the benefits of this type of lighting setup is we only need two lights, because the key light, is going to spill over onto the backdrop, so we don't need to light the backdrop separately. And then the hair light, which is the cross light coming across, is going to mold and shape our subject and keep it separated from the background.

This is a really simple and quick lighting setup, and we can just bring people in if we had a multiple shoot, take the shot, bring the next person in, and so on, and it's a very consistent style of lighting. Now the first thing we need to do is set up our backdrop. I'm using an X-drop from Westcott. Now the reason why I chose this, was it has a small footprint, so in a room like this, even though we have a lot of room, we want to keep a tight space as possible. Once we set it up, we're going to hook our fabric, and the fabric is going to come down, and then we're going to hook it to the bottom, and it's going to keep it nice and tight.

If there's wrinkles in it, we'll just use a steamer to get the wrinkles out. Next let's bring in a posing stool. Now I chose a comfortable stool for the subject to sit on, and when we do this, we try to have them sitting just on the edge of it, with their feet on the ground, body up straight. This way they'll feel comfortable when we start going through the shots. After we have our stool in place, next I'll bring in my key light, and I'm going to position the key light off to the camera right. I'm going to take a guesstimate at where I want my light to be set, and later on we'll use a light meter to set everything in place.

For now I'm using a strobe, and a strobe is going to be a lot more powerful than a speed light. The strobes are usually on a battery pack, or you plug them right into the wall, so you have a continuous power source, and you don't have to worry about batteries running out during the shoot. Now we're going to bring in our light stand with a boom. This is a special configuration. The boom arm itself is retracted inside the light stand, so it's kind of a two in one. I can either use it as a traditional light stand, or, we could extend it all the way out, and then we have what's called a boom.

So I'm able to put a weight on the backside of the boom, and then on the front side of it we put our light, so it balances it. Now the reason why I'm choosing this type of a light stand, is so it'll extend the light, or the hair light, into the scene, without having a light stand in my shot. So the key light had an umbrella attached to it, because that spread the light all the way onto the subject. So once I did that, I decided on the hair light, to have a soft box. And the purpose of the soft box, is to come in and to spread the light evenly on the hair, and on the shoulders, and that's going to separate the subject from the background.

Safety is extremely important on the set, that's why sandbags are extremely important. Now once we get the boom in place, and we have the light on it, make sure the knuckle is in a position to where if the light were to lose its balance, it's going to fall forward, and it's going to self tighten itself, so it's not going to fall onto our subject. Next we'll set up a reflector. Now what a reflector's going to do is it's going to bounce a little bit of light back into the subject. In this case, here, there's going to be shadows coming underneath the chin, so by bringing in a white reflector, we're going to use some of the existing light bouncing onto the scene.

And as it hits the reflector, it's going to come back and it's going to fill in some of the shadows on the opposite side of the face. Now that the set it safe, let's bring in our camera. And I like to bring the camera in at this time, so this way people don't accidentally bump into it, and knock it around. Now this is a great time to take a couple test shots, to make sure that the strobes and everything are firing, and we have everything in place before we bring in our subject. Last we want to bring in a special tethering table. This way I can set my laptop on top of it. I'll tether from the camera to Lightroom, so as I'm taking the shots, I can glance over and see the actual final image coming out of the camera.

So we set our gear up, now what we need to do is take a few meter readings to make sure everything is tweaked, so when we bring the talent on set, we're good to go. 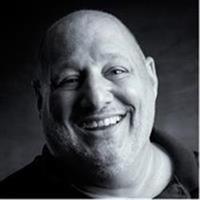 12/21/2015
From lighting to posing to post-processing, learn how to create business portraits with a modern, professional look. This course focuses on how to light, shoot, and edit corporate portraits—both traditional headshots and environment portraits—for a single client or an entire office. Robert Vanelli goes through scouting locations and choosing the right environment for a client, building a portable studio, and using lighting and posing techniques that start with just one light. He also covers editing portraits in Lightroom, making adjustments that retain the subject's character while smoothing away minor flaws. Using these tips, you'll be able to produce professional portraits that help your clients convey a sense of trust, confidence, and personality.
Topics include:

Video: Shooting a portrait with a cross-light setup