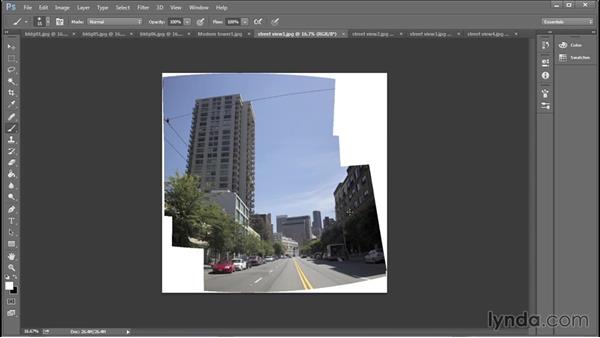 - When you're setting out to build a city, the first thing to do is to gather all the reference you can find. The cool part is, we live in an amazing age where folks like Google have mapped out not only cities, but streets. We can actually get in and crawl around a city if we want and we can do this with nearly any city on earth. We can even look up at the sky from that city if we'd like. A great place to start then is with Google Maps. For example, I'll walk around Seattle a bit, just by opening up my map of it.

There's Seattle, and the big thing we can see here is that it's really bounded by water. Seattle is land-poor, that is, there's not a ton of land here until you get either north, up into Lynnwood, and so forth, and Mill Creek, or south, once you get south of Greater Duwamish and West Seattle and down into Renton, and then things really start to spread out. We can also see that there's Seattle, and then there's the east side, Kirkland, Bellevue, Redmond, and so forth. And then across part of the Sound is Bainbridge Island, and over into Silverdale and the Naval Base and so on.

What we can tell then is that Seattle is influenced by water, and so if we're dealing in a city that's influenced by water, this is a possible example. What we can also see here is that there's a lot of shipping, it's evidenced just by the ferries alone, all the different tracks in and out, and it's natural to assume this. Here's the other thing, if we zoom back, we can see that it's a very sheltered place, that is, it's not exposed to the open ocean like the west coast of Washington, out in Holkham and Aberdeen.

What we're seeing though is that this is a very sheltered bay, and it's big enough to accommodate ships, and so commerce has also helped shape Seattle. The first thing to do then is to say, "Where in the city am I making my city?" I'm going to go and look in Belltown, for example, zooming in here right by the Space Needle. We can see here that there's varying jetties and ports that stick out, one from the Port of Seattle for example, and the Edgewater Hotel, and there's a city grid that runs parallel to the coast in some places, and then runs true north, intersecting it at Denny Way.

It's important to get in and look at your city from this kind of a macro scale first, to really say, "What's going on with the city, "and has the topography or anything else "shaped that city particularly?" The next things to do is to run around the city, or walk around, which is even better. Assuming you're going to be making your model in a city, get out and take some pictures. If that doesn't work, use Google Street View for example. I had the luxury of walking around Seattle, so I took a bunch of photos and stitched them together. In this case we get a really good idea of the nature of the city just standing here in the street.

We can see that the city has evolved, that there's different kinds of buildings and different types, and we can definitely see where the city grid changes as the street curves in front of us. Here's another street view, and we can see that the city is bounded by hills and big buildings and that it's fairly green, hence its nickname The Emerald City. Yet another view of Seattle, this is downtown in Belltown, and we can see it's got a lot of clear blue sky and a lot of trees, and modern buildings now poking up amidst the old ones.

Here's yet one more view, and this is a really good indicator of the flavor of it. In this case it's a fairly new-looking street, it's been redone to slow things down and provide some parking and some greenery. We can see that there's some construction going on, and we can also see that this city is defined by hills, that buildings and other things in here need to accommodate that topography. Lastly, look at the buildings. Look at the building blocks, if you will, of your city. Get in there and take some really good reference of not hero buildings, not the Space Needle, but the typical buildings, the background, because that's what's important in a city.

For it to feel city-like we need to get the everything else ready first, and here's a great example. It's a nice-looking, fairly old, beautifully done office building. It's got what looks like a bank or a credit union on the lower floor, and probably offices above. It's had the windows replaced, and it's adjacent neighbors are both modern and old. It's also been shaped by the hills, and so we can see all those factors coming in to contribute to the flavor of the city in our reference. Here's one more neat example, and this is very telling of the age of a city.

This is a brick building obviously, and more importantly, aside from housing a business called The Endless Knot, this building has been reinforced, it's been cleaned up and reinforced for earthquake safety. That's what those ties are, those pink plates on the side. They tie the floors into the walls, and this lets us know, crucially in the city, that they're conscious of the forces that affect it, the earthquakes, that this city has been here for quite awhile because we haven't built structural brick like this for, let's say six or seven decades easily, and that people seek to revitalize in this city versus just tearing it down and starting new, and this all gives us touchstones in our city, ways to conjure our little slice of Seattle if you will, by looking at what's around here, and gathering reference is a really important start to that. 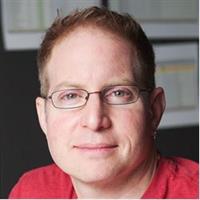