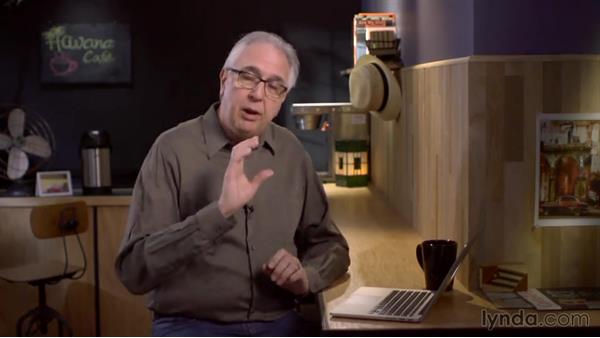 - I really enjoy taking pictures of people in public places. And part of the reason why I like it so much, especially somewhere like Havana, is because the people are interesting but the places are also interesting. And this is something that I try to incorporate into the photography. I want to run through a couple pictures here just to show you what attracted my eye to some of these street shots as we call them. And then I want to get into setting up an environmental portrait itself.

So for instance as I'm looking at these two gentlemen here what I really liked in addition to them and the way that the colors of their shirts complement each other and how they just have this very kind of natural cool look. They were just hanging out. I was standing there taking their picture. They didn't care. There was no problem at all. But the other thing that I like about the shot is I love the stonework of the building that's around it. I mean think about when you take pictures of people being able to get frames like this, being able to get backgrounds like this, being able to get texture like this in your shot it's really a luxury.

And when you're in, for example, Old Havana which is a specific part of the city, you have this kind of backdrop to work with so use it. Take advantage of it and incorporate it in the shot. You don't need to shoot everything like tight in like this because in that case then that person could be anywhere, right. So capture some of the feeling of the place also. This image here, this is from Trinidad which is more inland and it is a city that they have preserved pretty much the way it was a couple hundred years ago and it's really a delight for photographers.

Because not only again do you have the interesting habitants of the city but you have this beautiful architecture and all these vivid colors. And when you're in somewhere that's sunny and tropical and then you have these bright colors, again it makes the job so much easier because the people are there but also the backdrops are there. And when you're looking at this shot, I like all the different things that are going on but I also love that green wall in the background.

And it's there. It doesn't pull me away from the scene but I really feel like it contributes to it. And when I saw this shot I knew I definitely wanted to get that wall in there. Single shots of people and then having big environment around them I think is interesting in the sense that you really get a feel again for where you are. In all honesty, this lady isn't really what the shot's about. The shot's about this place and then you have a person in it for scale.

And I mean that's really her job here is to give you a feel for how big this structure is behind her and this walkway that she's on and the iron fence and so forth. So people really help set the scale of things. So even if your primary goal is buildings, you can shoot the building but then get a shot with a person in there so you really have a feel for the grandeur of it. I know a lot of photographers will just hang out until there's absolutely no people in the shot before they push the shutter button.

And I was going well, okay, take a shot like that but take a few shots with people in it. And I think in the end a lot of times those will be the shots that you're attracted to. This shot here of two ladies. In this case I was standing right there and they were paying no attention to me at all. They were so engaged in their conversation I could just stand there and take a few pictures. Now I don't overstay my welcome so to speak. Once I get the shot then I move on.

Because after a while people will feel you. You know it's like when someone is staring at you, they'll feel you. And then the moment might be lost. But again I didn't have to like hide behind a building or anything. I just stood there, took the picture, got what I wanted, then I moved on. Now all of these shots were shots that were of life that was just happening around me while I was there. I was using a short zoom lens for most of them so I could zoom in and out, kind of frame the shot. If I was stuck with just a long telephoto, I would end up with a lot of tight shots but maybe not the environment.

Having a short to medium zoom allows you to come back get some of the buildings and some of the environment and then maybe zoom in and shoot like that. And you can shoot a couple frames and decide what you want. The other thing is of course remember you an always crop after you get home. If you shoot it a little wide and you go, ah, that should be just a hair tighter, go ahead, crop it in. I mean we are shooting with fairly high resolution cameras and you can do a little bit of cropping. It almost always enhances the photo and you're not throwing away that many pixels most of the time.

Now this is using a different lens in. In an earlier movie I talked about how I rely on zooms during the day and then tend to use prime lenses in the evening. And the reason being is that there's less light. So having a prime lens in this case, this was a 35mm F1.7 lens that I shot basically wide open. I'm at a baseball game here in Havana and basically what's going on here, he's a peanut vendor.

And the peanuts are packaged a little differently than here in the US, and they actually take a sheet of white paper like letter-size copy paper, and they roll it into a tube, the peanuts go inside, and then they just fold the ends. And then they carry these tubes around like this and it's usually four or five tubes for a peso. Well, it was something that I thought was kind of cool and I wanted to make sure I got a shot. This shot I couldn't have done with a zoom because of the low light.

And if I had a zoom that could shoot in this low light again we're back to this which I didn't want. So I carried a little prime lens around and was just walking around the baseball game here, saw this shot, captured it, existing light, and I really like the feel of it. It feels like I'm there and that's what I was after here. Now the last thing I want to talk about is actually setting up a shot. And I think this is fun also. These guys were hanging out in Trinidad.

And basically their job is hanging out (laughs) and when somebody comes by that wants to take their picture, they're open to suggestions and you can get a posed shot. And I wouldn't want all my shots like this but look at the shots here for a second. Look at this posed shot and see how nicely it fits in with these everyday life shots. Having one where they're looking right into the camera really conveys a feeling of interacting with these guys.

So basically I saw them. I said I wanted to take a picture. And I framed the shot and I let them know. It's just like a photo shoot. I go, okay, uno, dos, (clicks), like that kind of thing. And I have different poses. This one, the guy has his thumb up in the middle which at first I didn't think I was going to like but I ended up, ah, it worked for me. And then thing that really slays it for me, I love this dog down here. (laughs) I love this dog just sleeping on it.

You know he's got the best job of them all, right. He's just hanging out sleeping. Now this is a situation where after I take the shot then there's a gratuity involved, right. Because we have sort of entered into a bargain here. I get a cool photo, you get a gratuity. And in this case because all three of them I thought were so good, I actually gave them each a peso before moving on. Most of the time you're only shooting one person and it's one peso.

In this case though because I liked the shot so much and all three of them were so engaged, then I gave them each a peso. So I think that it's nice to mix these shots in. And even in this case, again look at the yellow wall. Look at the beautiful blue turquoisey door behind them. You know the environment really helps contribute to the overall photograph. Just be confident. And be friendly. And be straightforward. And get these kinds of shots. Mix them in with the other shots I was talking about.

And I think you'll be really happy with the people shots that you come home with from Cuba. 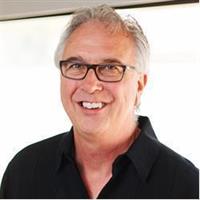 7/2/2015
Cuba is a unique place with a unique history. Understanding that history and its impact on Cuba's vibrant music, bold art, astounding architecture, and delicious food is critical to capturing beautiful and faithful photographs. Travel to Cuba with photographer and educator Derrick Story to sample its people, places, and culture. Derrick shares what he learned about this fascinating island nation, plus tips on planning and preparing for the trip.
Topics include: