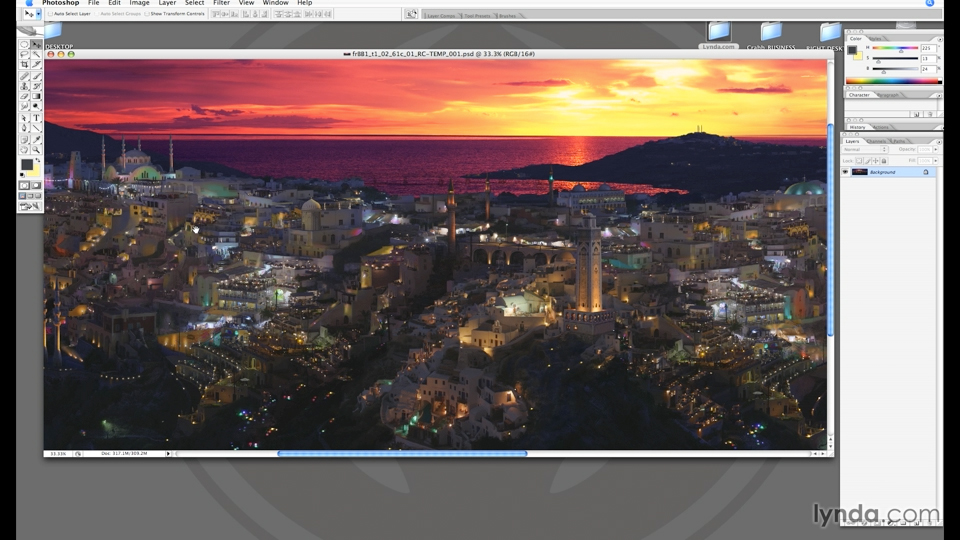 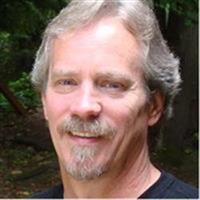 10/4/2008
Ron Crabb's art is almost undetectable, yet it has been seen by millions. He is a matte painter for major Hollywood films, such as X-Men, The Bucket List, and Speed Racer, and it is a compliment to say his work is undetectable. As a matte painter, Ron's role is to create imaginary scenes that look entirely real. Building on an early career in motion graphics, he has developed his incredible photorealistic style. He spent twenty years working with digital painting systems beginning well before the advent of Photoshop. Today, Ron uses a combination of Photoshop, CGI, photographs, and good old-fashioned painting skills to create stunningly realistic matte paintings, special visual effects, title sequences, and concept art for movies. He also creates fine art using the same set of skills. This installment of Creative Inspirations takes viewers a thousand miles from L.A. to Bainbridge Island, Washington to get a look at the career, work, and lifestyle of a man who escaped Hollywood only to master it at a distance.

(instrumental music) - It's just a great way to do art. Because your goal in art is just to create, at least it is for me. It's like, I've got an idea, I want to get it front of people. I'm going to use whatever tools I can find that I can do that with. It's almost, for me, like it was cheating, you know? It's like, okay, they can't tell it's straight, I can. Well, I'm just going to use that. I'm not going to try to be them. At a very, very early age, I was just sucking this stuff up, you know, and memorizing it.

And how does that feel, and what's that look, and the light coming through frozen ice on a creek. And that it has to look real. There's this little fine line between having it look painted and then just bumping it over to where it looks real. They didn't want any one specific look, but they wanted to have the exotic kind of Middle Eastern feel, let's not really define too much where that is. And actually, this was another, it was just kind of as I was going thing, I decided to add some facial tattoo things to her because the whole idea of this category of my art was to create illustrations from a story that is implied, that I don't really talk about.

I leave that up to the viewers. (instrumental music)