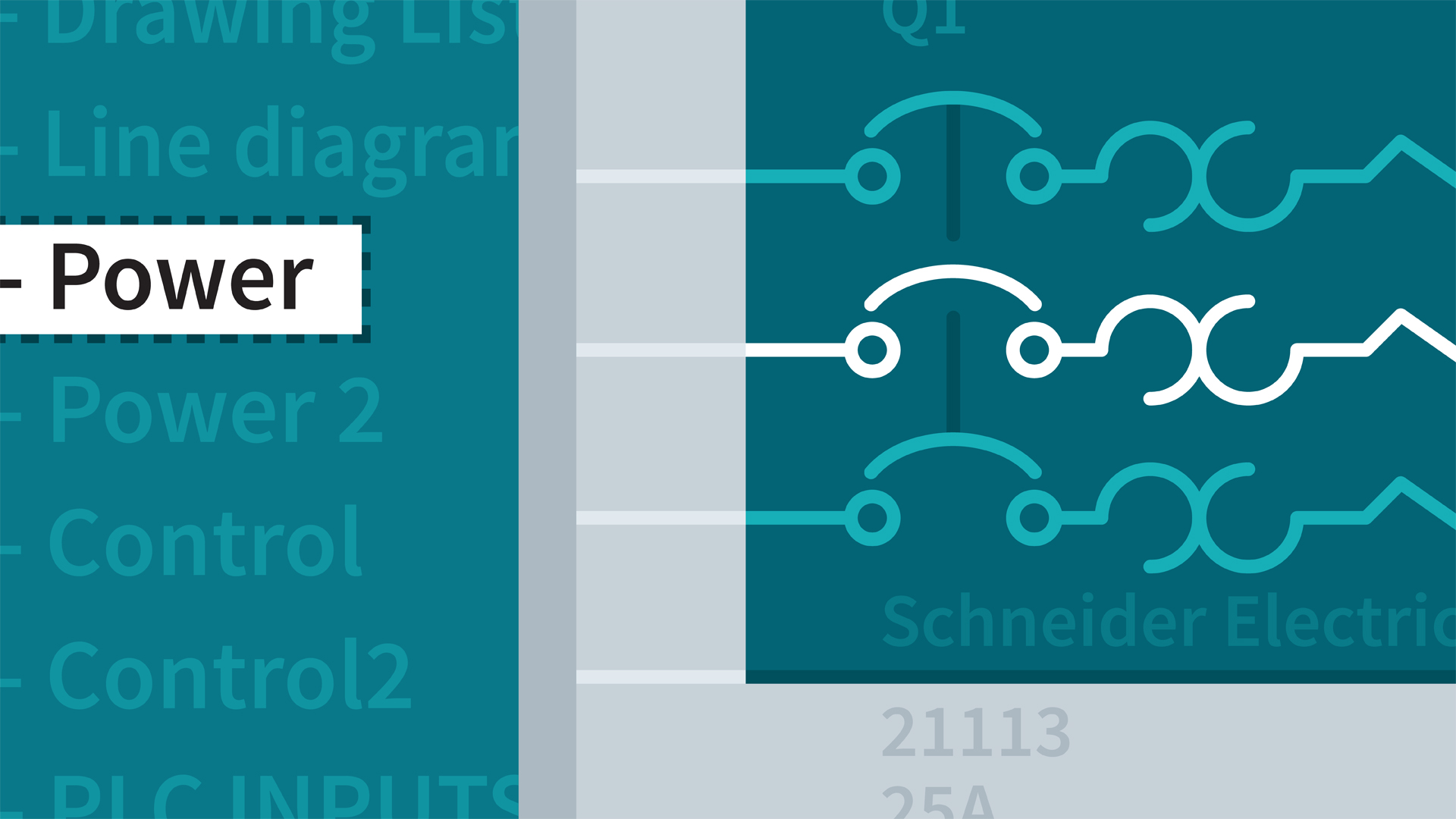 Learn how to insert the electrical components from the schematics into a 2D electrical cabinet drawing.

- [Instructor] Now that we have the general shape of our panel, the last step may be to insert the electrical components. So again, if I just jump over to my Cabinet layout panel here, I can jump into my remaining location, so the Backplate, I'll just expand here, and this is showing me all the electrical components that are on my backplate. So I'm just going to place a few here, again, very simple process, so if say my fuse F1, I can just expand that, it will show me the part number that's currently in use there.

And again, just right-click Insert. In this case, it's not a cabinet, a rail, or a duct, so I'm just going to Insert as other element. And that's just going to bring me to some footprint symbols, so these are prebuilt symbols that are either tied to the manufacturer part or built-up in your libraries. So I can use this as my fuse symbol as the default right now, I can also of course go to Other symbol, and browse for whatever footprint I may want.

Maybe this guy right here is the fuse symbol I'd like to throw in. And, let's hit Select. Generally, your specific manufacturer part would have an exact footprint tied with it. So I can just click here to place this fuse, and it comes with a nice tag above it, the F1 there. Similarly, I'll just insert a few more components, maybe the contactor K1, and just right-click, Insert, use the default or browse for others...

And similarly, maybe I'll just throw in circuit breaker Q1 as well, and finish off our panel as needed. My PLC, the N1 that we were working on earlier, I can insert a PLC footprint as well, and browse for any PLC footprints I might have in my library.

Maybe I just want to throw in this one for now. And so on, until you're happy with your cabinet layout, and all of your electrical components are inserted. One other specific component that is maybe slightly different, is terminals. So again, SOLIDWORKS Electrical kind of helps us automate the process. So, if I have a terminal strip or a terminal block, these might have quite a few individual terminals within them.

So if we take a look at my X1, for example, is a terminal strip here, expand that, it looks like this one has eight individual terminals within the block. So that's not too much, but I probably don't want to insert the exact same component eight times, right? It's just the same terminal, so it would be quite a bit faster if it inserted them all at once, and you can especially see that if it was a 50-terminal strip or something like that, you wouldn't want to repeat the same process 50 different times. So, thankfully, there's a more automated process, I can just right-click on the whole strip instead of each individual terminal.

Let's right-click on the whole strip X1 here, and I have Insert terminal strip. So that will allow me to insert the entire terminal strip in one step, and I have a few options in this Multiple insertion command here. For example, do I want it to the right or the left, or up or down, depending on my configuration, as well as do I want any spacing between the terminals? In this case I'm going to say, no spacing in between the terminals, and I want all the remaining seven terminals to be placed exactly to the right.

And on my first terminal, and all eight come in automatically just to the right of my first terminal with zero spacing within. And now we can see, we pretty much have our full panel layout. I can finish it off maybe with some door components as well, so I think if I take a look at my Door location here, it looks like I just have two push buttons, and same idea, just right-click, Insert as other element, and I have the default push button.

Or I can search for some others, maybe I want to green push button, and a red push button. So now we've inserted a number of our electrical components, both on the backplate, the panel, and the door as well, and we pretty much have our finished off panel diagram. Of course, you might want to throw more detail in there, throw in some final dimensions, and whatever else your project may require. 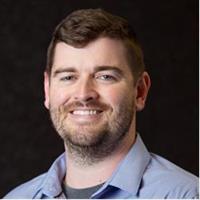 4/20/2018
Get started with SOLIDWORKS Electrical, a design package that can help make the work of designing and developing electrical systems a bit easier. Join instructor Justin Flett as he covers the fundamentals of SOLIDWORKS Electrical, and explains how to use this software to generate electrical engineering design schematics and reports. Justin kicks off the course by discussing the overall process of generating an electrical design project, including how to work with the user interface and build a custom project template. He then explains how to generate electrical schematics and components; create, customize, and use wire styles within your schematic drawings; create your own custom symbol from scratch; edit a PLC; generate final reports for your electrical projects; and more.
Topics include: