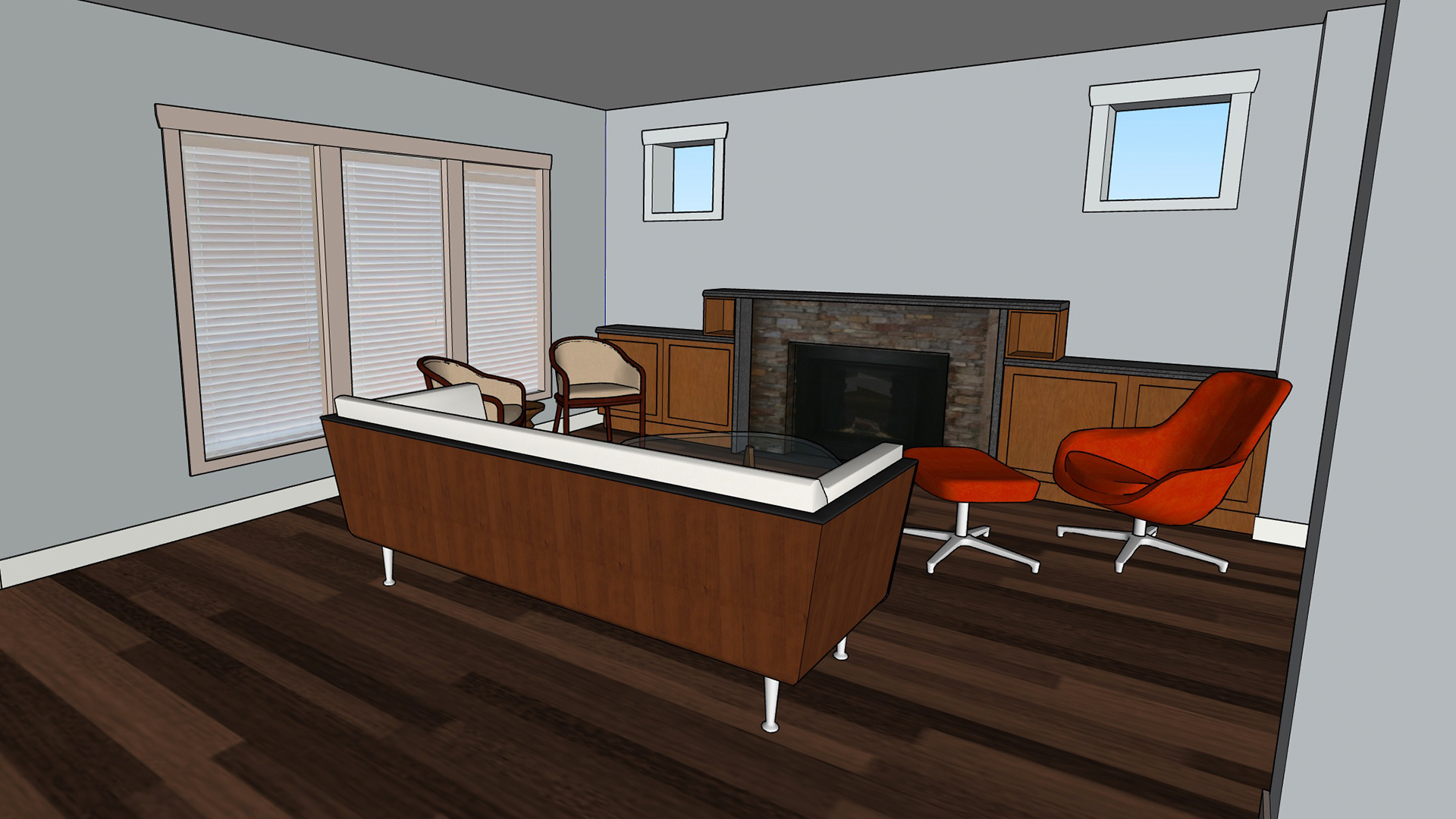 In this video you match the SketchUp coordinate system to the perspective implied in a photograph. This allows you to use the photo to create a 3D model.

- [Instructor] Let's go ahead and match a new photo. You do that by choosing Match New Photo from the Camera menu, and you're presented with a file browser. Let's select the Image1 JPEG in the Chapter One folder and click Open. We're now in a special environment called the Match Photo environment which is labeled up here in the corner. If you drag the mouse wheel, you'll see that you do not orbit. Instead, that allows you to pan. And rolling the mouse wheel allows you to zoom.

There's a lot of different user interface elements here that I will explain in due course. The first thing that we need to do, though, is position this Match Photo floating dialog box over here in the corner on the Mac operating system and in Windows, that should be in the Default tray. And then, you need to select one of the styles that's available here. There are three different choices. This is for an exterior, this is for an object, and this is for an interior. So I'll choose this first style.

You'll wanna leave the Match Photo dialog box open while you're going through the process of moving these interface elements around. Now, I'm going to reposition this red axis bar over here, and as I do that, it's kinda moving in a strange way, perhaps. And that's normal. What you wanna do is adjust the red axis bar handles to orient that axis so that it traces over an edge.

So for example, this edge here, between the ceiling and the wall. And then you will use the second red axis bar to trace over the lower edge of that wall. Photos are all taken in perspective and that's how the human eye works. When things are farther away from us, they appear to diminish in size. And so, implied in every photograph are vanishing points. If you were to trace these red lines off into the distance, well off the screen, they would converge at a point called the vanishing point.

And by positioning these handles, you're adjusting the position of that vanishing point. And SketchUp is essentially learning more about the perspective that's implied in this photograph. We next need to adjust the green axis bars. And you can drag them over to an edge and position the handles so that they trace over this wall, which is perpendicular to the original wall. We also need to drag the bottom handles over here to establish the vanishing point in the other direction.

And as we do that, the whole coordinate system is adjusting here and things are shifting around. You're able to see that now with a human figure. If we drag the origin point around, you can see that the human figure kinda makes sense for this space, although it's getting smaller over here and it seems to be larger over here. If I were to position this origin point right here, say, on the edge of the pilaster, you might see the the blue axis line seems to diverse a little bit from the edge of the photo and that's happening probably because our axis bars aren't lined up quite right.

If I move this handle, the vertical shifts a little bit. So to get this more accurate, it's necessary to zoom in by rolling the mouse wheel, and reposition each handle as accurately as you can. So I'm gonna come over here and reposition that one, and then zoom over here and just reposition. So it looks good from a distance, but when you zoom in, you'll see that it's off a bit.

So it's necessary to zoom into each handle and adjust it. That ones pretty good. I'll come over here. Drag the mouse wheel to pan. And just make some adjustments and this will make the coordinate system just that much more accurate. Okay, that looks pretty good. Now, if I wanted to have the origin point of my coordinate system right here on the edge of the pilaster, I would then need to scale the space up and you would scale the space by dragging up or down on the blue axis.

And the idea here with the human figure is you can essentially position their eye height right on this horizon line and that would be a proper scale. So if I were to move this origin point over here into the corner of the room, you can see that the scale is too big here, so I'd have to scale that down so that the eye height would more or less match up with the horizon line. Another check you can do is the grid size.

So the size from the origin point to these dash lines up here is set right here with the spacing, five feet. Five feet is a good bet for an average human eye height, so we can just adjust that and try to get it right on the horizon line there. Maybe five feet is a little bit short. Maybe five feet is the right, maybe her eye height is like five foot two or something like that, so if we set that down just a little bit lower, that might make sense.

So once you've balanced all of these different factors by moving the handles and scaling the space, and positioning the origin point, it's time to click Done. When you do that, all of those interface elements disappear and if you orbit the model now by dragging the mouse wheel, you'll see that the photo disappears. However, we do have a new scene that's been saved automatically. It's called Image1.

If I click on that, we will go back to that scene where the photo is visible. And in this mode, if you want to make further adjustments, you can come over here and click the gear icon and that re-enables all of those elements and you can make some tweaks and adjustments if necessary and when you're done, just click the Done button to exit that mode. 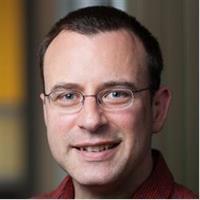 10/12/2018
Not sure which furniture will mesh with your design? With SketchUp, a 3D modeling program, you can take your architectural and material design ideas from your head to your screen. In this course, instructor Scott Onstott shows you how to use the Pro version of SketchUp to explore possible design scenarios using photos and 3D models. Scott explains how to match SketchUp's coordinate system to the perspective implied in multiple photographs, allowing you to use photos to create 3D models. He demonstrates how to model objects like fireplaces, windows, doors, and walls from photo models, alter photo textures in SketchUp and retouch them in Photoshop, and model new textured objects. He also illustrates how to use a combination of layers, scenes, and materials to explore alternative designs.
Topics include: