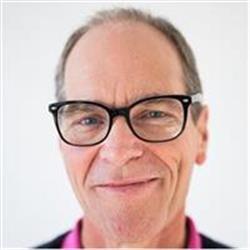 Steve Rennie is a music industry expert, having promoted and managed bands such as Mötley Crüe and Incubus.

Steve Rennie began his music career working as a booking agent at USC. After dropping out of college in 1980, and being passed over for a job in the mailroom at the William Morris Agency, he decided to start his own concert promotion company called Steve Rennie Presents. For the next 2½ years he promoted a number of up and coming new wave bands, including The Motels, The Plimsouls, Adam Ant, X, The Blasters, Mötley Crüe, and INXS, in secondary markets outside LA. On New Year's Eve 1983, he had his first big breakthrough in LA, booking The Motels at the Beverly Theater in Beverly Hills, getting the nod to promote the show over the big promoters in town. By 1983, he had caught the attention of Southern California's leading concert promoter, Avalon Attractions, which offered him a chance to join the company. Steve accepted and soon rose in the ranks to become the senior vice president of Avalon Attractions.

In 1990, he left Avalon Attractions to start his first incarnation of REN Management Corporation, an artist management firm where he managed a number of top alternative bands, including Dramarama, The Wonder Stuff, Ned's Atomic Dustbin, The The, and Primal Scream. In 1994, he accepted an offer from then Epic Records president and current One Direction manager Richard Griffiths. Steve became senior vice president and general manager at Epic Records, where he met and helped sign a young So Cal band called Incubus. He took the band under his wing and helped them build the foundation of what became one of the most successful alt rock bands of the late 1990s and early 2000s.

In 1998, Steve left Epic to become one of the founding members of one of the pioneering Internet music startups, ARTISTdirect. When he informed the members of Incubus that he would be leaving Epic to join his friends Marc Geiger and Don Muller at ARTISTdirect, guitarist Mike Einziger asked Steve to comanage the band with their then manager, Mark Shoffner. He accepted the offer and stayed at ARTISTdirect until 2000, when he left the company to manage Incubus on a full-time basis. Shortly thereafter, the band released their breakthrough, multiplatinum-selling album Make Yourself. Over the next 14 years, the band went on to have a #1 Billboard Top 100 album, a #2 Top 100 album, and a dozen Top 10 alternative radio hits. During his tenure as manager, Incubus built a huge live-touring business and one of the most dedicated and loyal fan bases in the music scene. In January 2014, the band and Steve parted company. Today, all of Steve's focus is on his new venture, RenmanMB, which is a mecca for all aspiring artists and music business professionals to come and learn the "real" music business from some of the smartest, most talented, and successful people in the music industry.