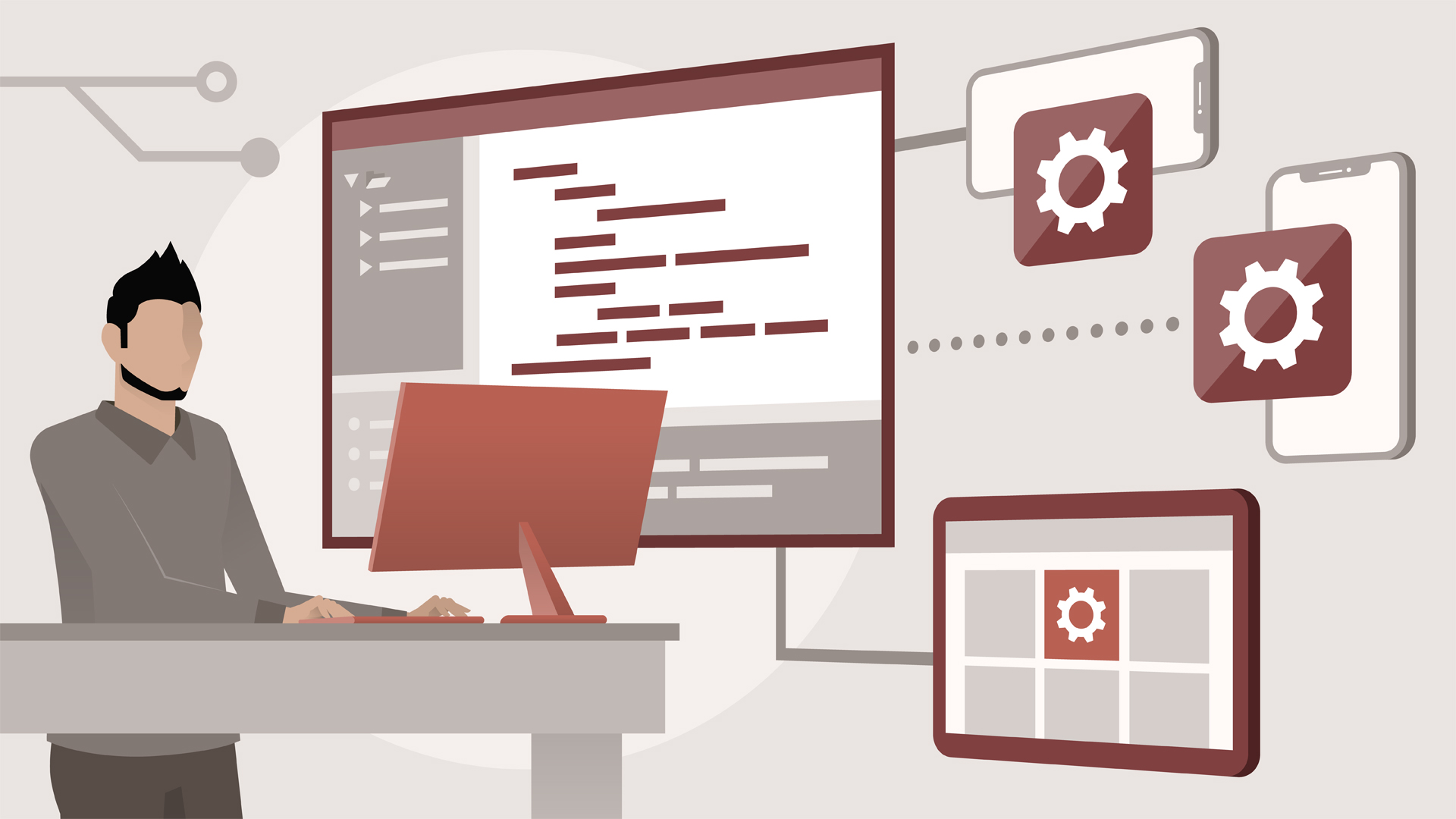 10/31/2019
Got a great idea for an app? The iOS 13 Development Essential Training series can give you the skills you need to make your idea a reality. In this course—the first installment in a two-part series—instructor Todd Perkins covers the basics of application development for iOS devices, providing novice iOS developers with the tools they need to jump-start a career in this exciting field. Todd—who's been developing iOS apps for a decade—highlights key concepts and tips he wished he knew at the start of his own career. He covers Xcode fundamentals, such as how to create an Xcode project and use the iOS Simulator. Plus, learn how to build a user interface, including how to approach responsive UI design with Auto Layout, and explore the essentials of app architecture.
Topics include:

- [Instructor] Do you have a brand or product that could use its own app? Have you had a brilliant app idea that you just might be able to create yourself with a little training? Well, my LinkedIn Learning course is just for you. I've spent the last 10 years developing iOS applications, and I want to share with you what I wish I knew from the beginning, based on my personal experience. With my course you'll be able to go from knowing nothing about iOS, or even programming in general, to knowing the most fundamental concepts of iOS development in just a few hours. I'm Todd Perkins, a senior iOS developer, and I want to teach you what it takes to become an iOS developer yourself. Check out my course on the iOS Essentials, and get started on making your dreams a reality.