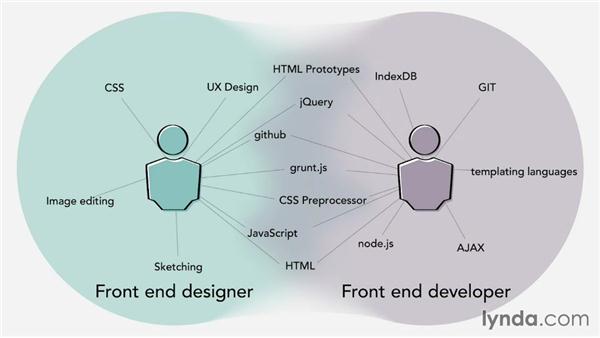 Many web designers refer to themselves as front end designers. If you've ever heard that term, you've probably also heard the expression back end, client side, or server side within the same discussion. In this chapter, we're gonna be exploring front end technology. So it would probably help for us to define what front end refers to, and what front end design is in general. Well, in the simplest terms, front end could refer to the UI layer of websites, you know, the things that people see and interact with. Back end usually describes the processes that happen on the server that help make things work. Client side and server side generally refer to the same things and are often used interchangeably with front and back end.

The most common languages for creating front end content are HTML, CSS, and JavaScript. Most of the designers that call themselves front end designers, are proficient in some mixture of these languages, if not all of them. In the past, front end design, has referred to the design of any content that doesn't rely on server side processing. Recently however, a lot more development is being done within the browser itself. Many of the tasks that in the past would have required a server are now being done within the browser, by using powerful JavaScript libraries. This has led some to use the term front end developer to denote developers that prefer to process information within the browser. You know, in many cases, these terms tend to overlap, so don't be surprised to see somebody refer to themselves as a front end designer or a front end developer and really mean exactly the same thing. 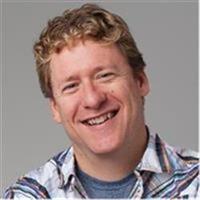 12/17/2013
You use it every day, for banking, researching, shopping, and social media, but do you really know how the web works? In this course, author James Williamson introduces the technology that makes the web run, the terminology involved, and how it all comes together to power the websites we know and love. He covers the alphabet soup of technologies involved (HTML, CSS, URL, DNS, HTTP, and IPv6), and explains what separates the front end (what we see) from the back end (what we don't) on the web. This course is your "plain English" guide to the world of domains, databases, servers, and the technology that makes the web work.
Topics include: