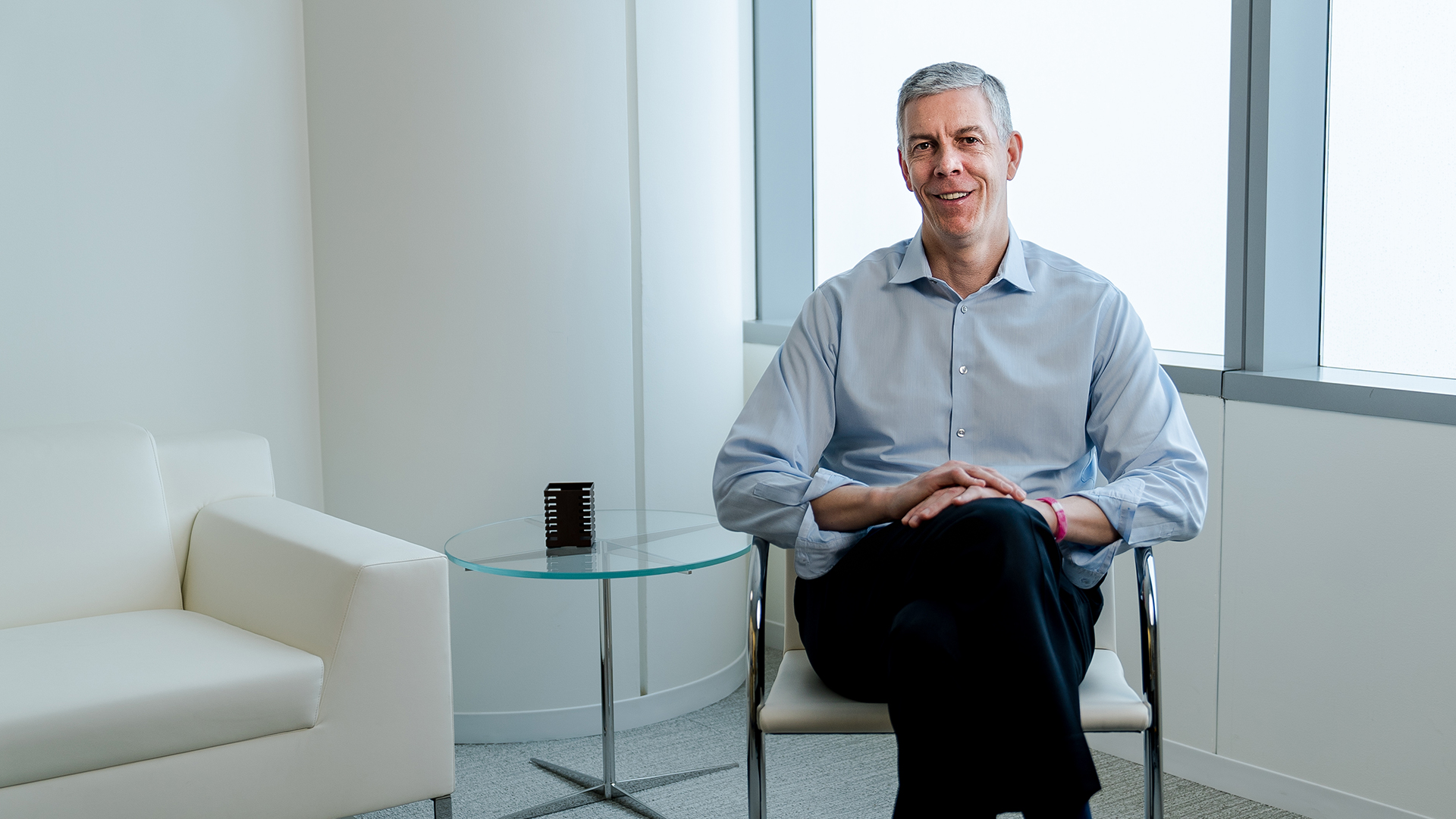 7/2/2018
The Chicago Create Real Economic Destiny (CRED) initiative aims to radically reduce gun violence in Chicago by tackling the economic issue that lies at the heart of the problem. In this powerful interview with former US secretary of education Arne Duncan—one of the creators of CRED—we dig deep into this groundbreaking program. Arne shares how his career journey led him from the world of education to CRED. He then dives into an in-depth discussion of CRED, shining a spotlight on this program and why it's been successful.

- I think what drives me, what motivates me, is just, our kids in Chicago deserve so much more. Our kids are living with a level of fear that's unimaginable. The number of kids who tell me that they can't go outside and play anymore. You drive in these neighborhoods, it's sort of eerily quiet 'cause people aren't outside. And for me, we're just robbing kids of their childhoods, and it's just not fair, and it's not right. Our kids deserve something so much better.

I'm Arne Duncan, and I have a lifelong passion for education and trying to create opportunity, particularly in neighborhoods that historically, haven't had that. So I was lucky enough to work for the Chicago Public Schools for ten years, and to lead them for seven and a half years was just an amazing opportunity to try and help a city that has taught me so much, and I've learned so much. And proud of the progress, proud to see high school graduation rates go up, and more kids have access to early childhood education. Thrilled that just this past year, Chicago had the highest rate of growth of any big urban school district in the nation.

But the progress is always, for me, never fast enough, never enough, still a long way to go. My goal was to lead the Chicago Public Schools for ten years, did seven and a half. And obviously I had a crazy opportunity to go to D.C. and be a part of President Obama's team, and that was literally the only job, the only job in the world that I would've left Chicago for, but it's not often that you have that kind of chance. So I moved my family to D.C., worked there for seven years, and to try to scale, at a national level, some lessons I learned, as part of my mother's program growing up with her, at CPS, was a... its a life changing opportunity.

Loved it there, loved being part of his team, very honestly I'm very happy to be out of D.C. now. Great to be back home around real people, and real community and doing work that I'm extraordinarily passionate about. I always say that by far the hardest part of my job at CPS, was the level of violence, the number of deaths that we had. It sounds crazy but unfortunately, it's true during my seven and a half years, on average we lost a student every two weeks to gun violence.

And, I thought it couldn't get worse, and it actually got a lot worse, the last seven years, my family and I were in D.C. And just coming back home and trying to think how can I help, how can I contribute, how can I give something back to the city that had given me so much academically, socially, athletically. This just seemed like a crisis facing the city, I felt the city... we were just out of control. The level of fear that our kids are living with is unacceptable, the amount of trauma they're living with every single day is hard to fathom.

And so if I wanted to help, and wanted to give back, this seemed like the space, the area, where I should put some time, energy and attention. So our nonprofit is called CRED: Create Real Economic Destiny. I'm no good at acronyms and marketing, this actually came from our guys, and from a bunch of teams we were working with, and obviously the street cred piece of it is important. But this is about creating economic opportunity for individuals in communities where that just hasn't been possible, that hasn't existed.

I always say, our job is to help them, support them, listen to them, to walk with them, and ultimately Chicago becomes a much safer place. This could be their leadership, the examples they're setting, not us that's gonna move the city in the right direction.