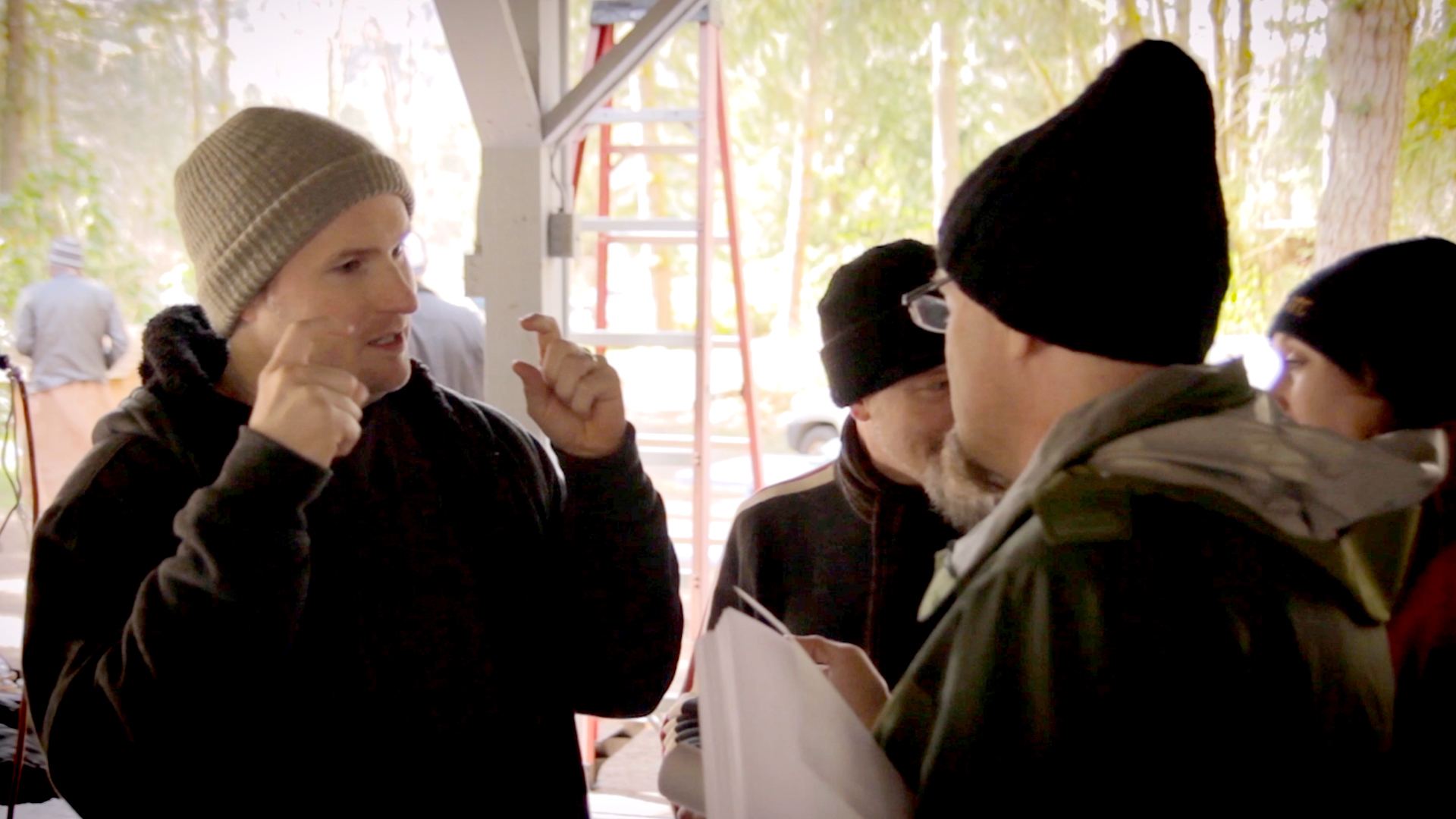 5/5/2016
Creating a Short Film is a 13-part training series that shows the actual struggles and challenges filmmakers have to overcome to get films made. Author Chad Perkins and his team made a short film, The Assurance, and documented the process: from writing and directing to editing and screening the film. In this installment, Chad covers the basics of writing a great script—turning your ideas into cinematic gold. Learn the fundamentals of storytelling: believable characters that develop over the course of the film, engaging conflict, and strong story structure. Find resources to inspire your next idea and the screenwriting software that will help you format your script. Learn the specifics of writing a fantasy film, and watch as Chad and his team write, polish, and rewrite their script over the course of production—making the hard choices to abandon some great moments to make a better movie.

. Make sure to watch the first installment to learn about the background of the project and to get an overview of the role of the producer. Watch the follow-up episodes to learn more about pre-production, directing, working with actors, editing and visual effects, and everything else that goes into filmmaking. This is a one-of-a-kind educational experience you won't find anywhere else.
Topics include:

(light ethereal music) - [Voiceover] Hey folks, this is Chad Perkins, a filmmaker from Seattle. This training series is part of a collection of courses that teach you how to make a short film start to finish. As part of this training, I made a short fantasy film called The Assurance, and documented the entire process. From writing, and pre-production, to working on set, through post-production, to a screening in an independent movie theater in Seattle. In this training, you'll get to see how we budgeted, auditioned actors, set up lights and cameras, wrote and recorded the orchestral score, how we did all of our visual effects, everything.

And you know, filmmaking is really about problem-solving, so we'll show you the first drafts and rough cuts, the challenges we had, the mistakes we made, so you can avoid those pitfalls on your projects. This training consists of 13 separate training courses. Each course focuses on a component of filmmaking and will be released in the general order of the filmmaking work flow. The first course is on producing, how do you get a project off the ground and shepherd it to completion? The second course is on writing. We'll get an understanding of how to tell a story examining some of the best hollywood films, as well as we created the world in The Assurance.

Course number three is about pre-production, getting the script ready to film. We'll look at the meetings I had with our crew about the schedule, budget, designing the wardrobe from scratch, developing concept art, and more. The fourth course is on acting. We'll look at what acting is really about, and we'll show you our auditions and rehearsals and why we made the choices we did. The fifth course is about directing, where we'll look at controlling the tone, running the set, and the many decisions that directors have to make. Course number six is all about working on set, what's that work flow like? What do all these people do? We'll look at all of that, as well as a tutorial from my wife Heather about how she created the special effects makeup for our film.

The seventh course is about cinematography, how can you use your camera and lighting to tell your story in the best way. Course number eight is about editing, and we'll see how we were able to reedit our initial story to tell a completely different, and much better one. In course nine, we'll start to look at visual effects, creating environments, adding elements to shots, and removing objects from shots. Course 10 is all about the stuff you think of when you think of visual effects. Magic, particles, explosions, you know, all that pretty stuff. These are all things that you can do at home for little to no money.

Course 11 is about color. This is a huge part of The Assurance, and is an often underused tool to transform bland footage, or even poorly shot footage, into something gorgeous. Course 12 is all about audio. We'll look at recording audio on set, composing the score, and recording it. Sound design, (various sound effects) and mixing it all together. And finally, we'll wrap things up in course 13 by talking about how to market and distribute your film, including how to make marketing materials, like logos and trailers, and how to get your film seen by an audience.

I think it's a one of a kind experience, to not just learn about how to make films, but to see what it's actually like to solve problems, and struggle, and fail, and compromise during that process. - Cut! - [Voiceover] Now this has been years in the making, so thank you so much for watching this. Enjoy the training. - That's a wrap! (cheering and applause)